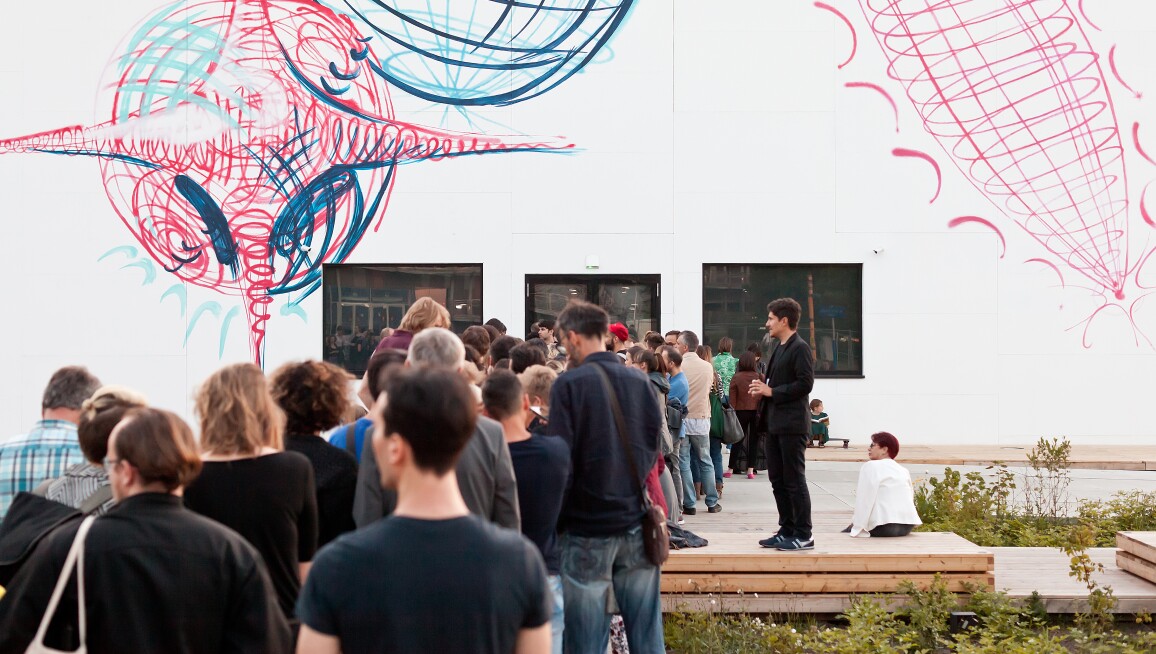 The Museum of Modern Art, Warsaw opened in the Spring of 2017 its new exhibition space called “the Museum on the Vistula” to differentiate it from the Museum’s headquarters located on Pańska 3 street.

The Museum by the Vistula is located at Wybrzeże Kościuszkowskie 22, next to the Copernicus Science Centre and the University of Warsaw Library, in a pavilion designed by Austrian architect Adolf Krischanitz.

This pavilion was previously (between 2008 and 2010) used as a temporary abode of the Kunsthalle in Berlin. It was lent to the Museum free of charge by the Viennese Thyssen-Bornermisza Art Contemporary foundation, established in 2002 by Francesca bon Habsburg, which disseminates experimental art and architecture. The Museum on the Vistula’s façade – in accordance with the architect’s design – will be completely covered with paintings.

In 2016 Sławomir Pawszak won the contest for the façade’s project. His work was applied to the building’s elevations in the spring of 2017, after the Museum opened for business. The pavilion also houses a café, a bookstore and a small education centre. It’s surrounded by terraces perfect for outdoor activities.

Since its inception, the Museum of Modern Art in Warsaw has collected 501 works of art by contemporary Polish and foreign artists.