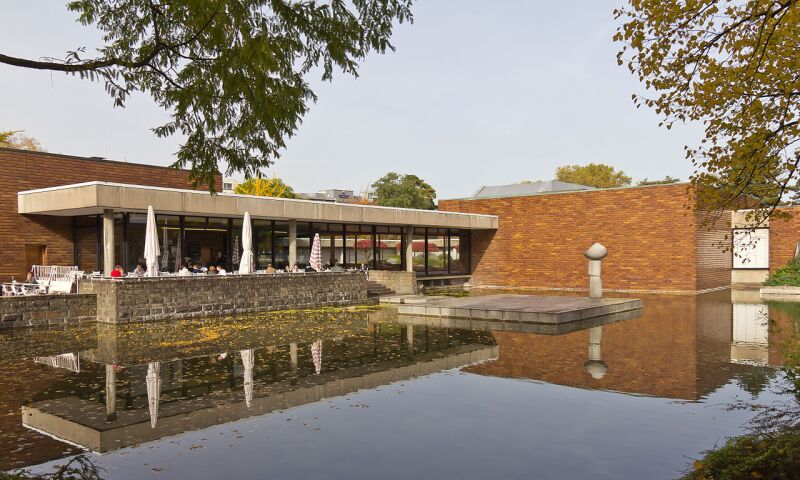 The Museum of East Asian Art, which overlooks the Aechener Weiher pond in Cologne, was the first museum of its kind in Germany when it opened in 1913. Its collection is comprised primarily of Chinese, Japanese and Korean art. The museum’s founders, Adolf Fischer and his wife Frieda Bartdorff, amassed a significant collection of Japanese art, which forms the basis of the museum's holdings. This includes Buddhist painting and wooden sculpture, Japanese standing screen painting, color woodcuts and lacquer objects. Other world-renowned treasures in the museum’s collection include Chinese bronzes, Buddhist sculpture, ceramics from China, Korea and Japan, and Korean celadon pottery from the Koryô dynasty. The museum’s building is an important example of the classical modernist period in Cologne and was designed by Japanese architect Kunio Maekawa, a pupil of Le Corbusier. The museum courtyard is home to a garden, which was designed in the style of traditional Japanese meditation gardens.