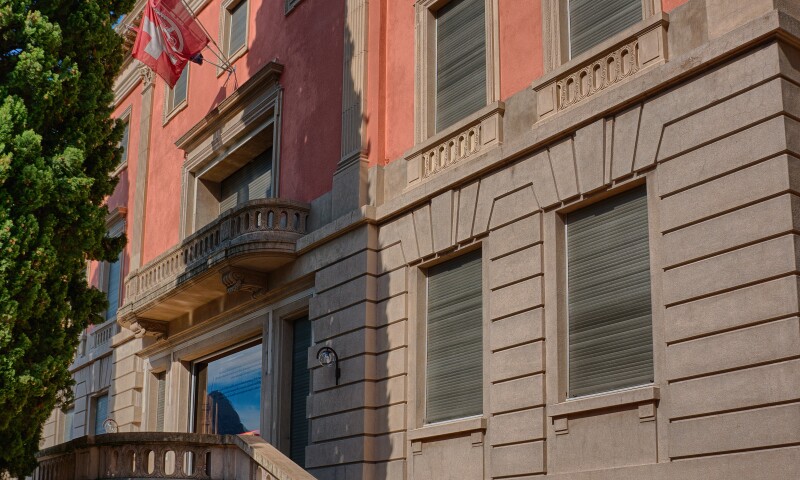 The Museum of Cultures highlights the ethnic artworks collected by Italian artist Serge Brignoni (1903-2002) between 1930 and 1985. Donated In 1985 to the City of Lugano, the city chose to exhibit the collection in the Villa Heleneum, a neoclassical mansion set in a tropical and subtropical botanical garden. The museum officially opened in September 1989.

The collection shows the link between Avant-Garde of the 19th century and the objects that inspired the works in the collection. The permanent exhibition layout is designed as an imaginary geo-cultural journey through the different regions represented in the Museum collection. The temporary exhibitions are organized in three different exhibition cycles: "Esovisioni" deals with the theme of exoticism in early 20th century photography; "Dèibambini" focuses on the pedagogical and creative relationship resulting from the encounter between children and ethnic art; "Altrarti" broadens the relationship between art and anthropology.