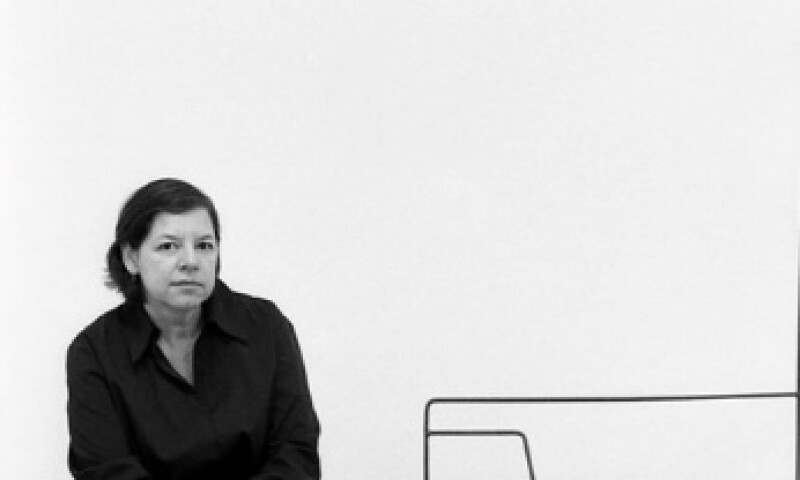 Portrait of Jac Leirner next to her work Chair, 1980.

The Gesellschaft für Moderne Kunst am Museum Ludwig is awarding the Wolfgang Hahn Prize to Jac Leirner. For many years now, the work of the Brazilian artist (b. 1961 in São Paulo) has engaged in a subtle analysis of social and representational systems. Found, often industrially produced everyday objects play an important role here; following the principle of collecting, accumulating, and classifying, Leirner uses them to create installations, collages, and sculptures.