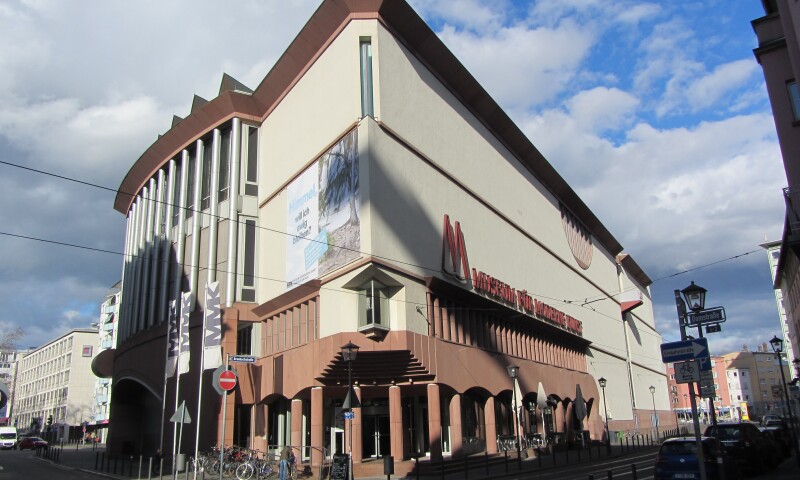 The MMK Museum is located in Frankfurt Germany and was built in 1981 by Hans Hollein, a prominent architect of the twentieth century. Because of its irregular shape people refer to the building as a "piece of cake." The MMK Zollamt is a satellite exhibition site that belongs to the MMK and is located in a building directly opposite the museum that once was home to the City of Frankfurt's Main Customs Office. The building has been completely modernized and artistic positions by younger artists or “unknowns” have been presented here regularly since 2007.

The core of the museum is the legacy of German collector Karl Ströher with some 65 works of Pop art and Minimalism. The manufacturer Ströher had originally bequeathed to his native city of Darmstadt on condition that a museum be built to house them. When funds for the project were not approved, Ströher's heirs sold the choice ensemble to Frankfurt. Major artists since the 1950s from the Ströher Collection displayed, including Roy Lichtenstein, Andy Warhol, and George Segal, with his Jazz Combo. Between 1981 and 1987, the museum's co-founder Peter Iden expanded the collection by adding works from the seventies and eighties. Some of the artists inlcuded in this collection are Gerhard Richter, Yves Klein, and Jim Dine along with many others!