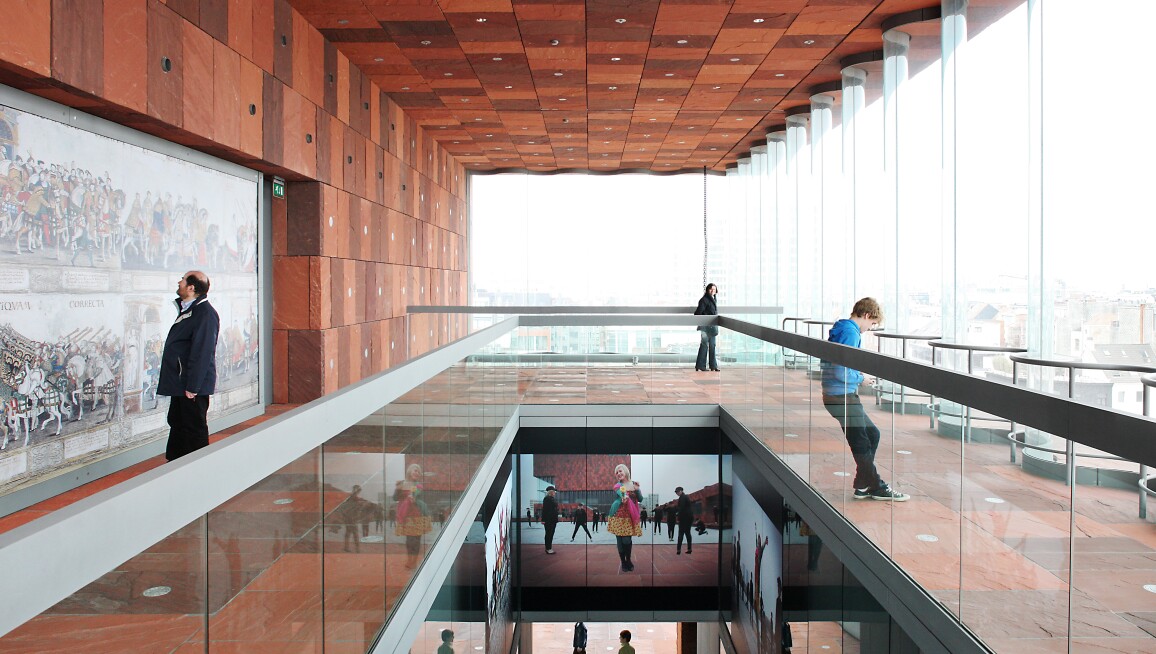 As a cultural heritage forum that works with various collections and methodologies, MAS is developing a diverse intramural and extramural programme, the common theme of which involves stories of the river, the city, the port and the world. They also work with the public, experts and other partners on both national and international levels to ensure maximum accessibility and involvement of the general public.

The collection contains over 470,000 objects, including collections from museums which are now closed:
• the Ethnographic Museum
• the National Maritime Museum
• the Folklore Museum
• a part of the collection from the Vleeshuis Museum | Klank van de Stad (items unrelated to music)
the Paul en Dora Janssen-Arts collection of Pre-Columbian art