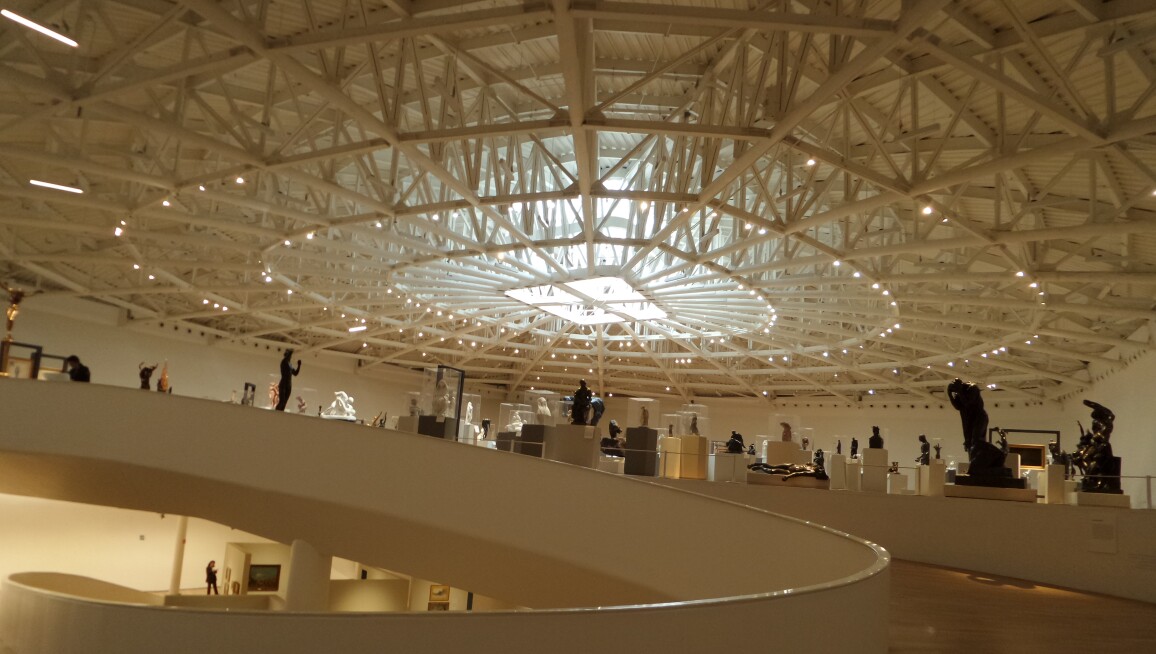 The Museo Soumaya occupies two buildings in Mexico City. As part of the Fundación Carlos Slim, it was established in 1994 with the aim of collecting, researching, conserving and exhibiting the artistic heritage of Mexico and Europe. The museum’s striking Plaza Carso building was designed by Mexican architect Fernando Romero, in consultation with Ove Arup and Frank Gehry, and opened in 2011. Raymund Ryan, curator of The Heinz Architectural Center, praised the building as ‘... an extraordinary structure rising up from the earth’s crust as a multi-dimensional icon’. Museo Soumaya currently houses the largest collection of works by Auguste Rodin outside France alongside old master paintings, including works by Titian and Artemisia Gentileschi; impressionist and avant-garde works by Monet, Picasso and more; as well as decorative arts from South America, Asia and Europe.