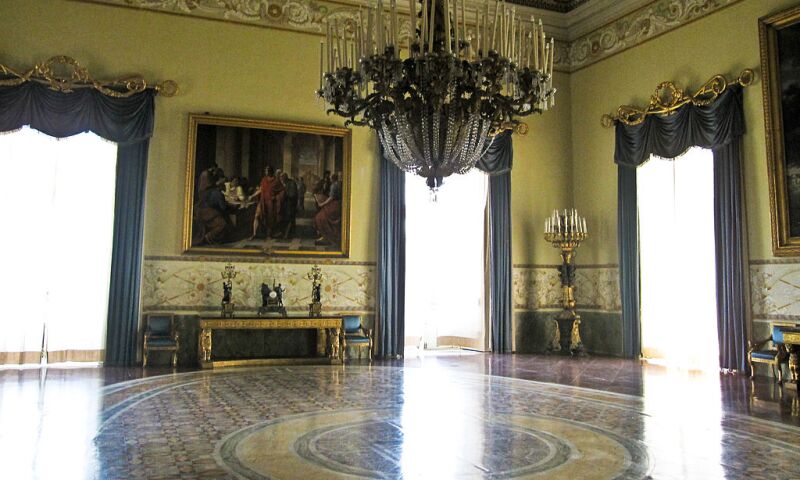 The Museo Nazionale di Capodimonte, located in a former palace built for Bourbon rulers of the Kingdom of Naples and Sicily, is one of the largest museums in Italy. It offers a survey of Italian painting from Neapolitan and other schools from the 13th through the 18th centuries as well as collections of arms, armor, gold, silver, porcelain, and Ancient Roman sculptures. European masters such as El Greco, Caravaggio, Titian, Pieter Brueghel the Elder, and Botticelli are well-represented, but it also boasts a sizable permanent collection of contemporary art that includes large-format advertising posters from the late nineteenth and early twentieth centuries and sculptures by Vincenzo Gemito.

The Museo di Capodimonte was founded in 1758 to display Charles VII's extensive art collection, most of which he inherited from his mother, Elisabetta Farnese. The museum's holdings were further enhanced by donations of art from churches in Naples and throughout southern Italy. Given its former status as a royal residence, many of the rooms, such as the chinoiserie-bedecked Salottino di Porcellana, are works of art in themselves.

For a slight fee, a shuttle bus takes visitors to the Museo di Capodimonte, which sits atop of the hill of Capodimonte, from the Naples city center. Museum visitors can also enjoy the Royal Forest of Capodimonte, a former royal hunting preserve that offers five major walking paths and dozens of sculptures and fountains.