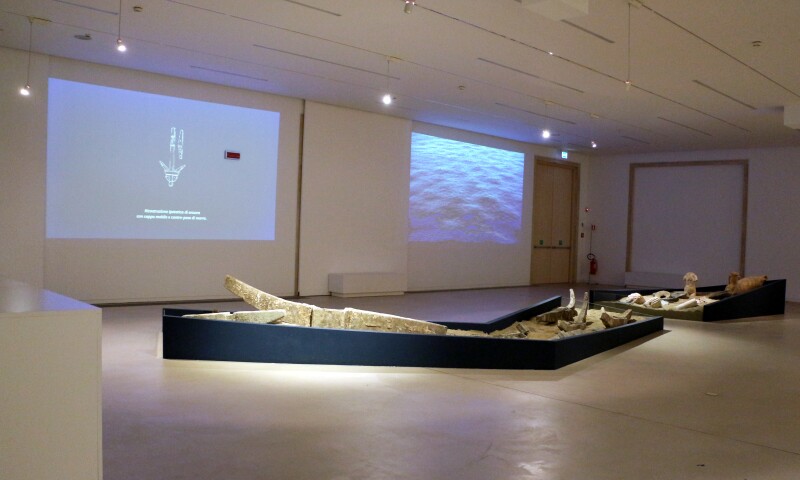 The Museo Archeologico Nazionale Reggio Calabria (MArRC), also known as the Museo Nazionale della Magna Grecia or the Palazzo Piacentini, is recognized as one of the most prestigious archaeological museums in Italy. It houses an extensive archaeological collection amassed from numerous sites in the coastal region of southern Italy known as Magna Graecia (“Great Greece”) because it was colonized by ancient Greek city-states between the 8th and 5th centuries BCE.

MArRC is divided into four floors which tell the story of the city’s population from prehistoric times through the Roman age. In addition to large displays of jewelry, ceramics, coins, tools, and weapons, highlights of the collection include the Bronzi di Riace, 5th-century BCE Greek bronzes of warriors that were found in the sea near Riace in the 1970s, and the bronze Philosopher’s Head, one of the oldest-known examples of Greek portraiture, and partial million-year-old remains of homo erectus. MArRC also features an internal archaeological area that features part of a Hellenistic necropolis that dates from the 4th to the 2nd century BCE and was discovered during the building’s construction.

MArRC dates to 1882, when a museum was inaugurated to safeguard the region’s numerous archaeological treasures. The museum was moved to its current location, one of the first Italian buildings designed to be a museum, in 1932. The Italian Ministry of Cultural Heritage and Activities granted MArRC autonomy in 2014.