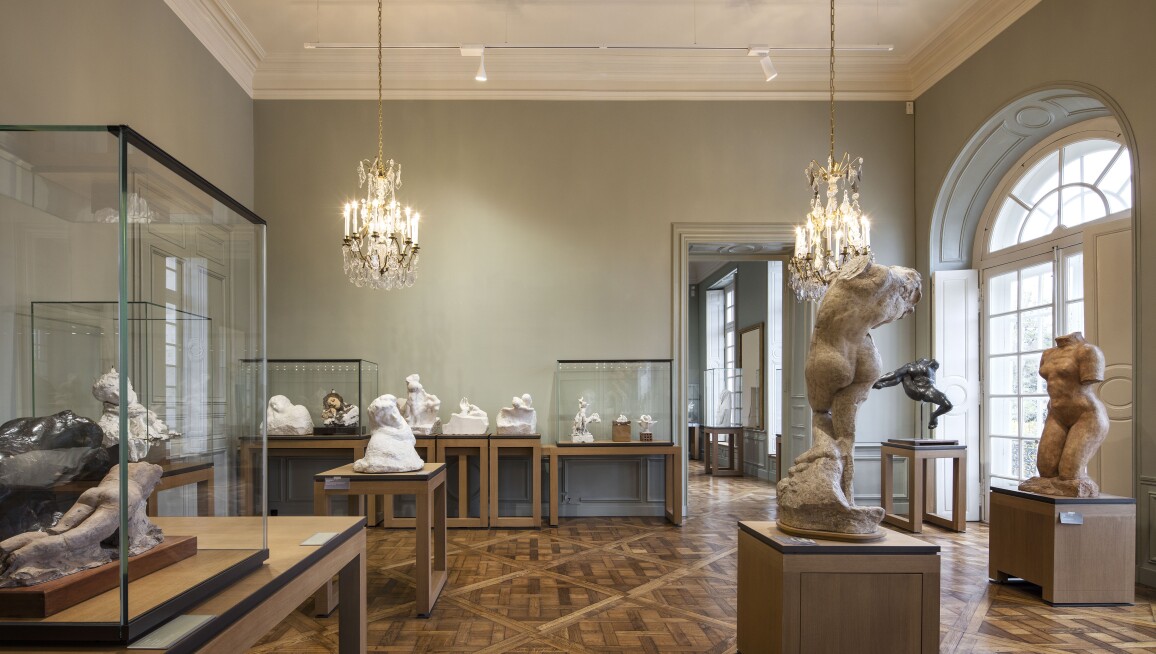 Opened in 1919 in an 18th-century mansion known as the Hôtel Biron (formerly the Hôtel Peyrenc de Moras), the Musée Rodin is dedicated primarily to the works of French sculptor Auguste Rodin. A sister museum is located south-west of Paris in Meudon, in the villa that was the artist’s home and studio. The Musée Rodin in Paris hosts a selection of the artist’s greatest works, including The Thinker, The Gate of Hell, and The Kiss. In addition to the splendid building designed by Jean Aubert, with its ornamented façade and rocaille details, the Paris museum offers visitors the chance to explore and view Rodin’s works in its picturesque formal sculpture garden and chapel, the latter recently renovated by Pierre-Louis Faloci.