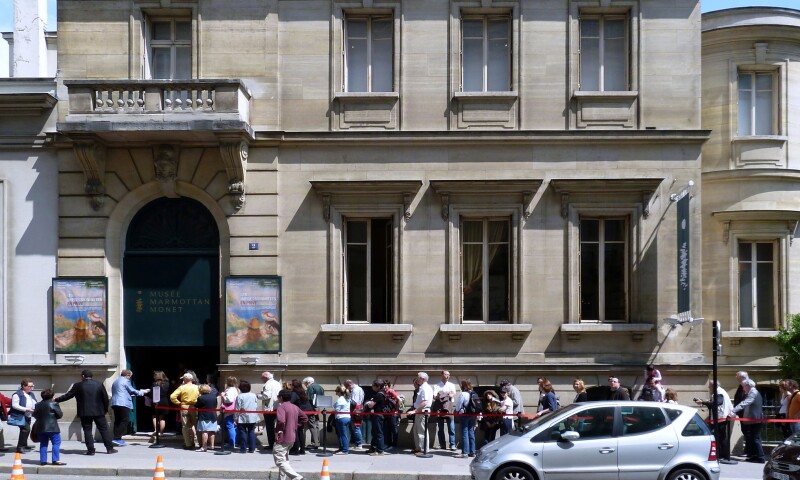 The Musée Marmottan Monet (Monet Marmottan Museum) is home to the largest collection of the works of the painter Claude Monet (1840-1926). In addition to over a hundred Impressionist and Post-Impressionist paintings by Monet, it also contains works by his contemporaries, including Degas, Manet, Gauguin, and Renoir; Napoleonic art and furniture; and one of the world’s largest collections of French, Italian, English, and Flemish illuminated manuscripts, dating from the 13th through the 16th centuries.

The Marmottan’s permanent collection grew from the donation of Paul Marmottan, a French writer and art collector who owned the house (once a hunting lodge) in which the museum is located. Marmottan bequeathed the collection of First Empire artwork that he and his father had amassed, as well as his two townhouses, to the French Academy of Fine Arts in 1932. This collection spanned media and included paintings, drawings, miniatures, medals, bronzes, and porcelain. The Marmottan’s collection was further enhanced by a sizable bequest of Impressionist paintings made by Victorine Donop de Monchy in 1957. A donation by Monet's second son, Michel, endowed the Museum with the largest collection of Monet in the world. Subsequent donations by a number of others have firmly established the Marmottan as the premier Paris museum for Impressionist art.