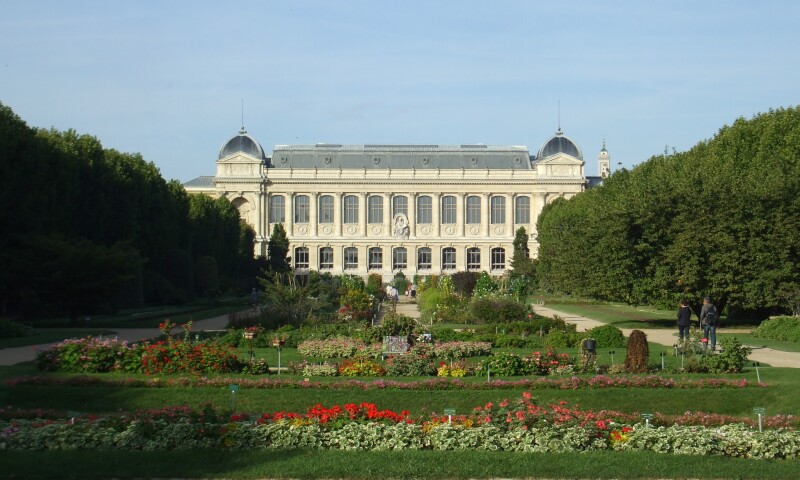 The National Museum of Natural History, located in Paris France, was formally founded in the 18th century during the French Revolution, but was established earlier in the 17th century. The museum has as its mission both research (fundamental and applied) and public diffusion of knowledge. It is organized into seven research and three diffusion departments. As of 2017, the museum has 14 sites throughout France, with four in Paris, including the original location at the royal botanical garden, the Jardin des Plantes, which remains one of the seven departments of MNHN.

In the 19th century naturalist Francisco Muniz developed a collection that he intended to use to create a natural history museum. The artifacts were sent to Juan Manuel de Rosas who then sent them to Paris in an attempt to build an alliance. Once they were received in Paris, Jean Henri Dupotet, who gave the collection to the Natural History Museum.