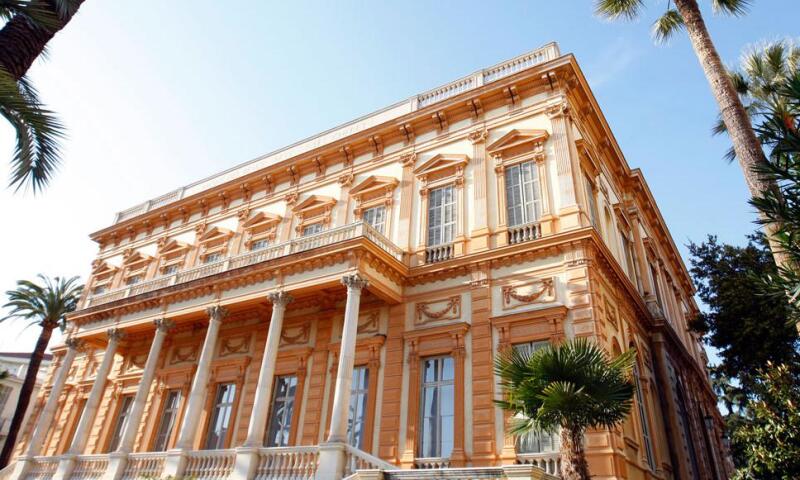 The Musée des Beaux-Arts presents an important collection of works that covers the entire history of art from the sixteenth to the twentieth century and has been enriched over time by large donations.

The collections highlight a real evolution in painting as in sculpture. The themes and topics discussed, the dynamism of color, the use of light are clearly a passage from classical painting to a modernity sought by artists.

The Museum of Fine Arts was installed in 1928 in a magnificent house built on the initiative of the Ukrainian princess Kotchoubey in 1878 and completed by the American Thompson. A century later, the charm of the building still operates thanks to remarkable ceiling heights and a monumental marble staircase. He is the heir of a first museum built from the depots of the State desired by Napoleon III after the reunion of Nice to France in 1860. Then, the collection was enriched gifts and legacies of Mrs. Bashkirtseff, Ziem, Clement-Carpeaux, Dufy, Baron and Baroness Vitta, Maurice Fenaille and Gustav-Adolf Mossa, more recently legacies of Mrs. Odette Avigdor of Acquaviva and that of Mrs. Ethel Messiah. And, in 2002,

The most emblematic works of this museum are the Crucifixion of Agnolo Bronzino (1540), The yellow console with the two windows of Raoul Dufy (1948), The lunch on the grass of Jules Chéret (1904), Open window on the Seine Pierre Bonnard (1912), Allegory of the Earth and Allegory of Water by Jan I Brueghel & Hendrick Van Balen (17th century), The Neapolitan fisherman of Jean-Baptiste Carpeaux (1858).