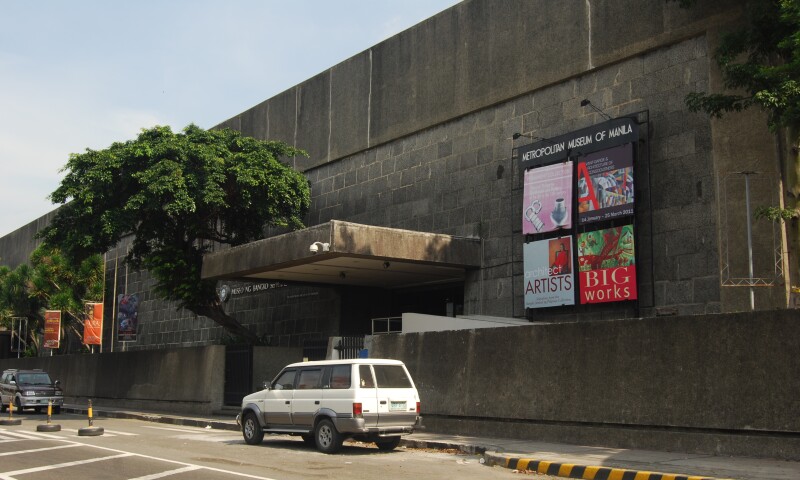 The Metropolitan Museum of Manila is one of the major museums in the Philippines and highlights international and local art. It was established 1976 and aimed at expanding the exposure of Filipinos to the visual arts of foreign cultures. Enhancing cultural diplomacy was at the core of its mission. In 1986, it redefined its vision towards cultivating local pride in the Filipinos’ own cultural and artistic heritage. Its collection is largely based on the Bangko Sentral ng Pilipinas (BSP) collections of Pre-historic Gold and Pottery, colonial Hispanic art, and the growing modern and contemporary collections of the BSP and the Metropolitan Museum of Manila. More recently, it has also begun to focus on contemporary art.