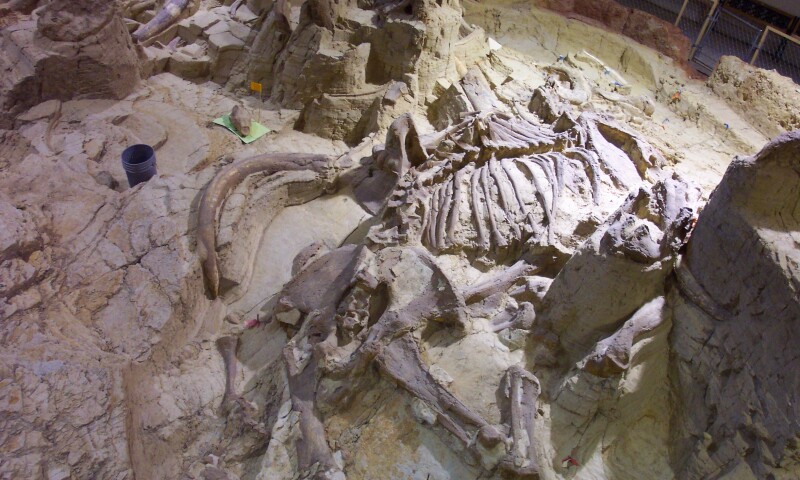 The Mammoth Site of Hot Springs is an active paleontological site and museum that includes the largest concentration of mammoth remains in the world. As of 2016 there are 61 total mammoths, including 3 woolly mammoths, that have been recovered. The site was formed when a prehistoric sinkhole slowly filled with sediment during the Pleistocene era. In addition to the mammoths, it also contains remains of flora and fauna from that period. The museum and research center were built around the dig site and it is open to visitors from around the world.

The area was discovered in 1974 when a construction worker was prepping the site for a new housing development. He found a mammoth tooth, and further investigation was done to reveal the treasure trove of remains below. Today the nonprofit that runs the site aims to preserve, research and interpret it, and to develop broader understanding of the Late Ice Age for a global audience.