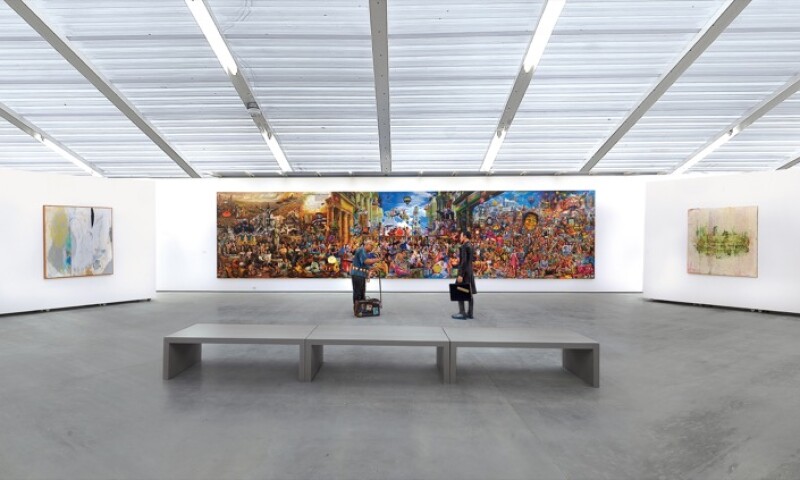 The Permanent Collection of MAIIAM focuses on leading figures of Thai contemporary art such as the late Montien Boonma who lived and worked in Chiang Mai from the early ‘90s and his contemporaries. The works by these artists raised questions about the definition of art, faith, identity, gender and politics to the forefront employing different and diverse mediums. Kamol Phaosavasdi’s photo documentation of Song for the Dead Art Exhibition from 1985 is an good example of how art in Thailand took an avant-garde an political tone in the 1980’s. The collection does not purport to be a repertoire of Thai art history but rather offers a personal snapshot of it through the emotional response to the works by Jean Michel Beurdeley, Patsri Bunnag and Eric Bunnag Booth.

The artists in the collection each employ an individual language and response to the environment in which they live and what they want to convey. From Chiang Mai-based Araya Rasdjarmrearnsook to Pattani-based Ampannee Satoh, the question of women’s rights and migration come to the fore. Apichatpong Weerasethakul and Chai Siris’ Dilbar too looks at migration. Whilst Navin Rawanchaiklul and Manit Sriwanichpoom examines the art world and culture as whole through their oeuvres. Abstract forms are explored by Pinaraee Sanpitak, Udomsak Krisanamis and Cambodian artist Sopheap Pich.