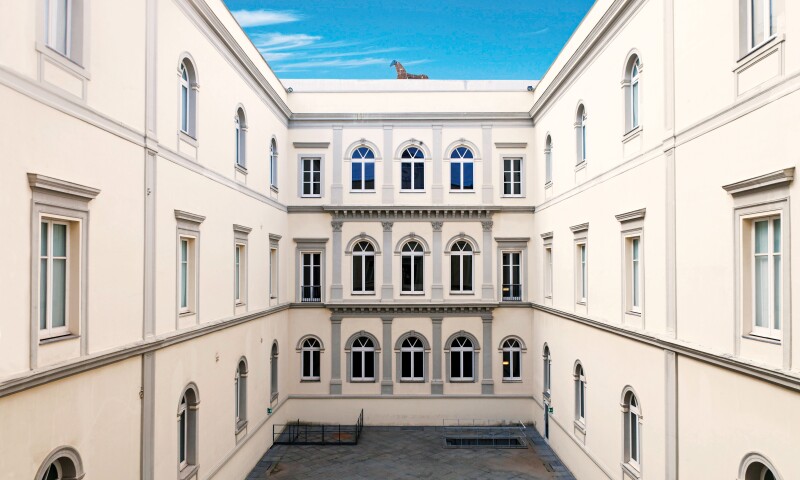 The Madre · museo d’arte contemporanea Donnaregina is located in old Naples on what is called the “Via dei Musei,” in the same neighborhood as the Duomo, the Museo Archeologico Nazionale and the Accademia di Belle Arti, where the ancient San Lorenzo district is located.

In 2005, the Palazzo was purchased by the Campania Regional Government to be turned into a contemporary art museum; the Fondazione Donnaregina per le arti contemporanee currently leases the space free of charge. To outfit the space for its new purpose, Portuguese architect Álvaro Siza Veira designed an extensive plan for restoration and refurbishing. The result is a 7,200 square meter space, with 2,662 square meters devoted to use for exhibitions.

On June 10, 2005 the Madre inaugurated its spaces with the opening of site-specific installations in the rooms on the first floor; between 2005 and 2006 the whole building was completed, and the rooms on the second floor were opened to the public. These rooms host part of the collection, while the rooms on the third floor are used for temporary exhibitions.

Madre Museum is the witness of a story that made Campania region a crossroads of contemporary arts, oriented to studying and documenting the past through contemporary sensitivity and languages and so able of acting in the present and outlining the future.