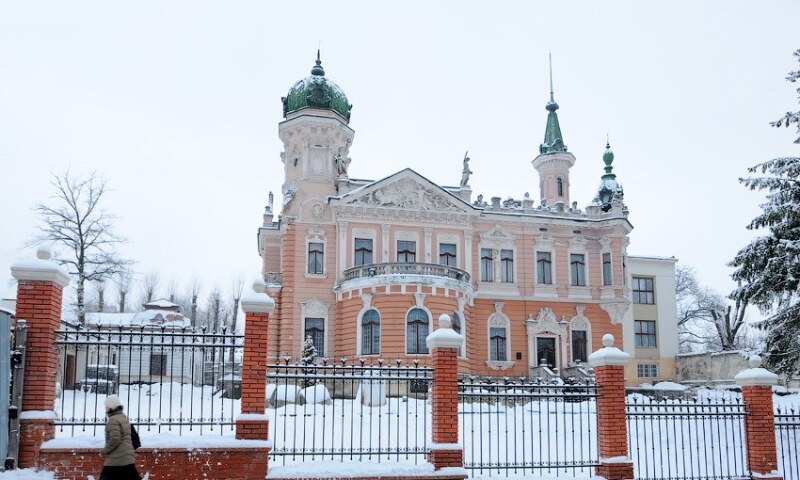 The Lviv National Museum is one of Ukraine’s largest museums and highlights Ukrainian culture. It was established in 1905 by the Metropolitan Archbishop Andrey Sheptytsky and was originally named the Lwow Ecclesiastical Museum. The collection was originally based on 10,000 objects that were donated, and a Neo-Baroque villa was purchased to house the collection. It was renamed after World War II to its current name, and the collection grew by incorporating items previously part of other Lviv museums.

It now houses the largest collection of Ukrainian folk art. There are at least 4,000 icon paintings and folk sacral sculptures. It also includes paintings by Johann Georg Pinsel, Ivan Rutkovych, Serhii Vasylkivsky, Antin Manastyrsky, Ivan Trush, Olena Kulchytska, Mykhailo Boychuk, and Jakiw Hnizdowskyj, among others. Manuscripts round out the collection, some of which are very rare, such as the Cracow publications by Schweipolt Fiol.