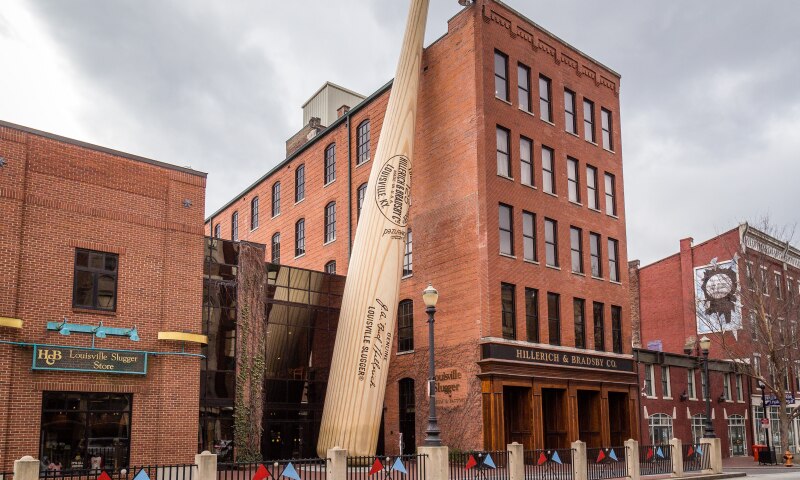 The Louisville Slugger Museum is located in Louisville, Kentucky and celebrates the history of the iconic bat alongside baseball’s past, present and future. Its permanent exhibits includes the history of the bat, current models of bats, and a statue gallery. Some of the attractions include the world’s largest bat, the signature wall with signatures of every contract player with Louisville Slugger, factory tour, and batting cages. It also organizes temporary exhibits often partnering with other organizations. It is located along Museum Row in Louisville, part of the West Main District of downtown Louisville. This location was chosen in the 1990s, and is a former tobacco factory.