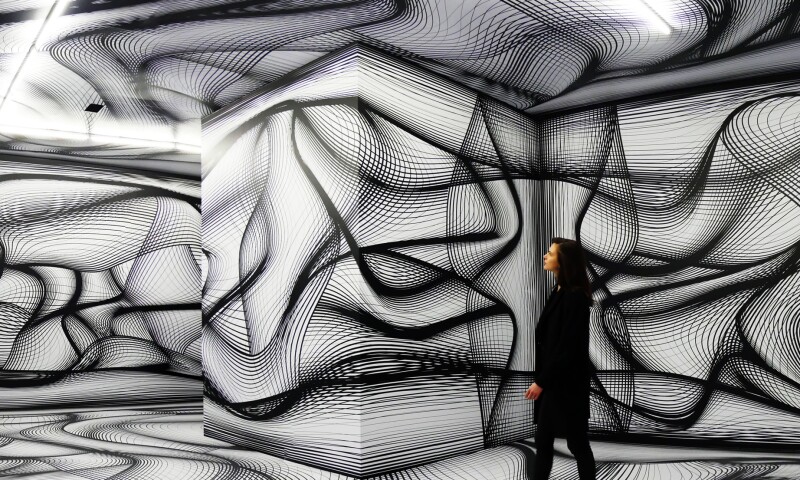 From the 1920s on, artists such as the architect and activist Charlotte Perriand, painter and filmmaker Fernand Léger and musician George Antheil created a vision that defined the century, imagining an artistic and social synthesis in which art would become an instrument for shaping society and furthering progress. Since the 1980s, Peter Kogler has worked as a media artist between computer graphics, film, collage and architecture. Within the context of the digital influences on our everyday life today, his systematic consideration of the technological and reproducible image and the powerful influence of the media make him a natural successor, interpreter and ideal interlocutor of the generation of visionaries. Time and again Kogler’s works have defined places of transition in public space throughout Europe. At Graz railway station, for instance—where Léger is also supposed to have worked on a design concept approximately 70 years ago—two large murals by Kogler have transformed the station into an dynamic place of incubation since 2003 and 2011.