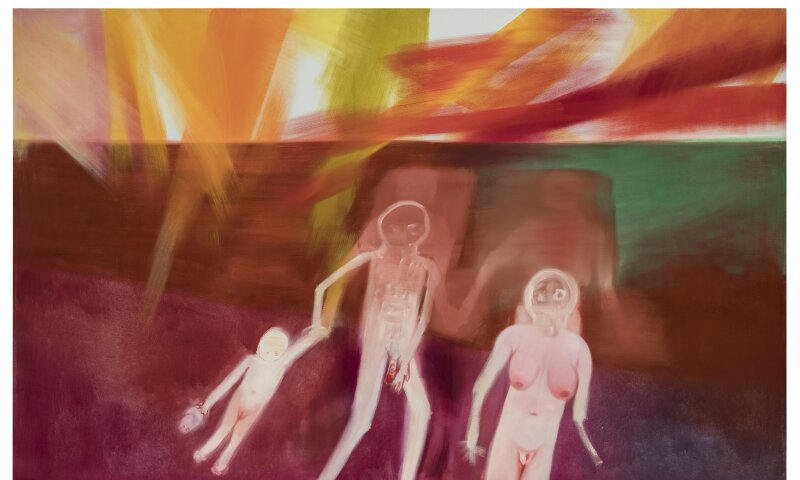 Miriam Cahn’s paintings are as oppressive as they are engaging. In pastels or charcoal, she frequently depicts figures that fill the frame within empty, barely defined surroundings. The faces are shadowy reduced, eyes and mouths merely schematic. The bodies, mostly naked, appear lost and ghostlike, as if illuminated by fluorescent light. They are rarely active and when they are, it involves disturbingly simplified, sometimes violent gestures. Loneliness, sexuality, love, violence, and destruction are her subject matter. Cahn is influenced by the performance art of the 1970s, feminist art, and the peace movement. Her figures call for mute identification, sympathy, and a heightened awareness. Sometimes the mountainous landscape of the Upper Engadine is depicted by rugged horizons, overpowering and sublime, and yet, their lines still seem to allude to the human.