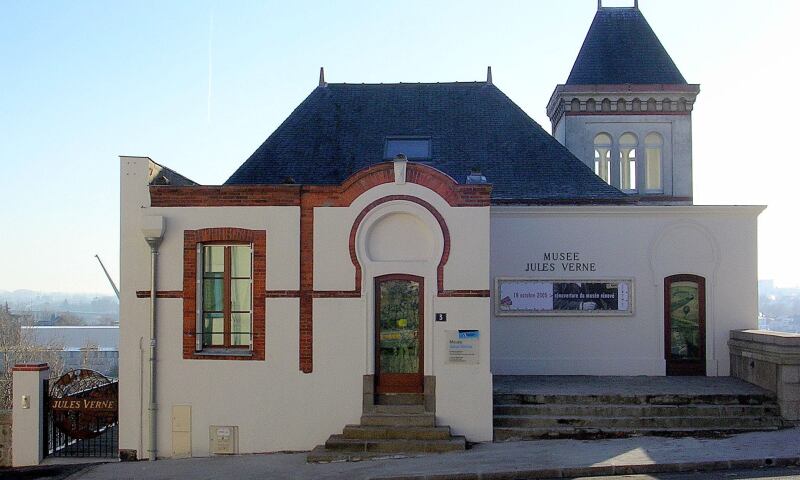 The Jules Verne Museum in the city of Nantes is dedicated to the French writer Jules Verne. It opened in 1978 to mark the 150th anniversary of the writer's birth. The building of the museum was built in the late 19th century and overlooks the Loire River. Verne himself never lived in the building, but its surroundings reflect the atmosphere which influenced his work as his parents had a house in nearby Bas-Chantenay.

The museum’s permanent collection includes artifacts, replicas of his inventions, and memorabilia inspired by his writings. The museum is divided into eight themed rooms. Included is Jules Verne’s drawing room featuring chairs and the clock from his own drawing room and his collection of china. The further rooms are themed: The start of dreams, The sea, the sea, The two Jules, Known and unknown worlds, The Voyagers on stage, Reading and games room and the Audiovisual room.