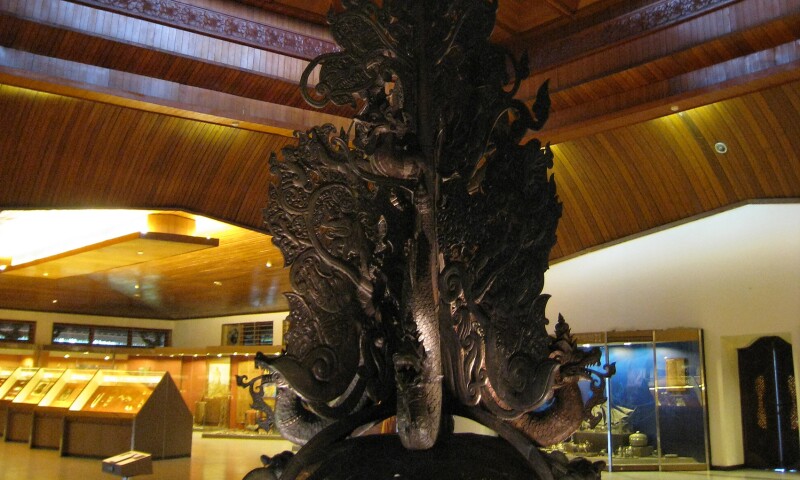 The Indonesia Museum is an anthropology and ethnological museum in Jakarta, Indonesia. It specializes in arts and cultures of the different ethnic groups around the Indonesian archipelago. Its permanent collection has over 1,000 pieces of Indonesian arts, traditional costumes and crafts from various regions.

The building is part of a larger complex called the Taman Mini Indonesia Indah, which is meant to be a learning center for Indonesian culture. The complex was built in 1975 and building began on the Indonesia Museum in 1976. It opened to the public in 1980. It is designed in the Balinese style by architect Ida Bagus Tugur, and decorated with Balinese statues and ornament. It has three floors in accordance with the Balinese philosophy of Tri Hita Karana, or the idea that the human’s complete happiness has three aspects: nurture harmony with God, with human beings, and with nature.