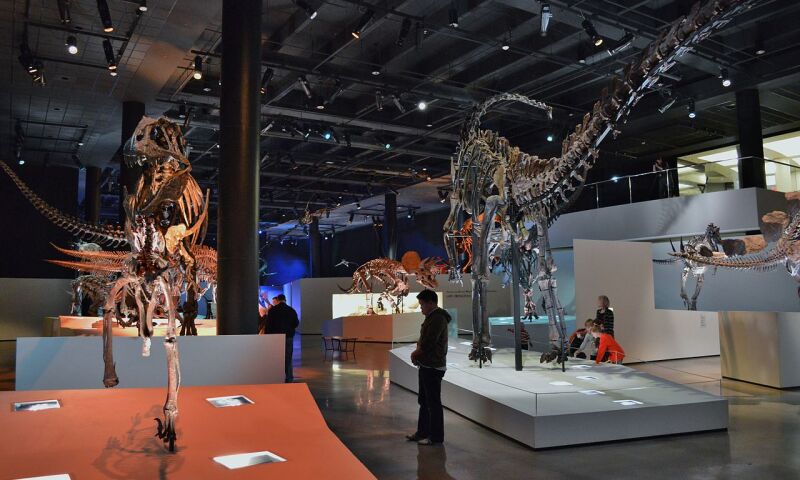 The Houston Museum of Natural Science was established in 1909 by the Houston Museum and Scientific Society who wanted to create a free institution for the city of Houston that focused on science and education. It consists of the permanent exhibition space, the Burke Baker Planetarium, the Cockrell Butterfly Center, and the Wortham Giant Screen Theatre. Over two million visitors go to the museum each year, making it one of the most popular museums in the United States.

Its most popular permanent displays include a space museum with the Challenger Learning Center that was opened in memory of the space shuttle Challenger whose crew members were lost during the shuttle's tenth mission. The center's aim is to teach visitors about space exploration. Also popular are the dinosaur exhibit, which includes the relatively recently built paleontology hall, and exhibits on geology, biology, petroleum science, technology, and geography.

The museum is located in Hermann Park in Houston and has a satellite museum in Sugar Land, Texas.