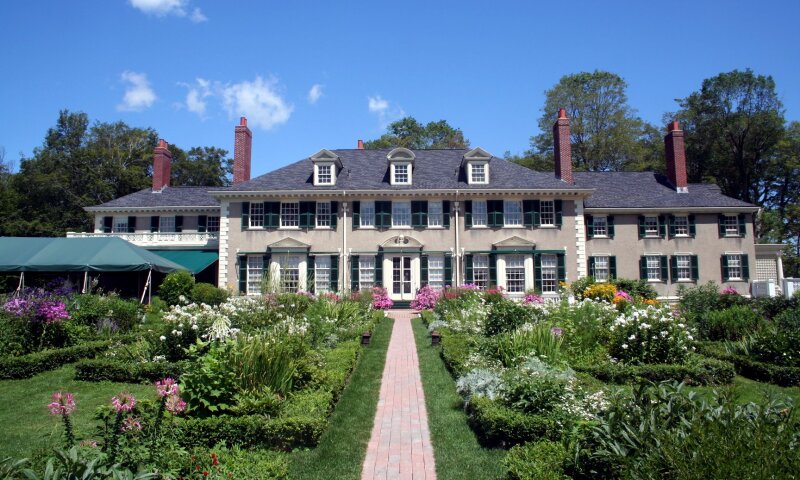 Hildene was the summer home built by Robert Lincoln, the only surviving son of Abraham and Mary Todd Lincoln, at the turn of the 20th century. The name “Hildene” comes from two old English words: “hil” meaning hill and “dene,” meaning valley with stream. It was named based on their view of the Taconic Mountains to the west, Green Mountains to the east and the Battenkill flowing through the great valley of Vermont below, hill and valley with stream. Lincoln purchased the 392 acres of land when he was president of the Pullman Company, the largest manufacturing corporation in the country.

In 1975 the home was given to the Church of Christ, Scientist under the stipulation that it was maintained as a memorial to the Lincoln family. When the church realized they could not maintain it, community members won the right to purchase it and established a non-profit Friends of Hildene.

The home itself is a Georgian revival mansion, and includes 13 historic buildings with a formal garden and observatory. It also serves as a campus for environmental and agricultural education for high school students and includes a teaching greenhouse, composting facility, animal barn, vegetable gardens, apple orchard, and 600 foot floating wetland boardwalk. The agricultural project in the Dene embodies Hildene’s deep commitment to conservation, stewardship and sustainability and to its mission Values into Action.