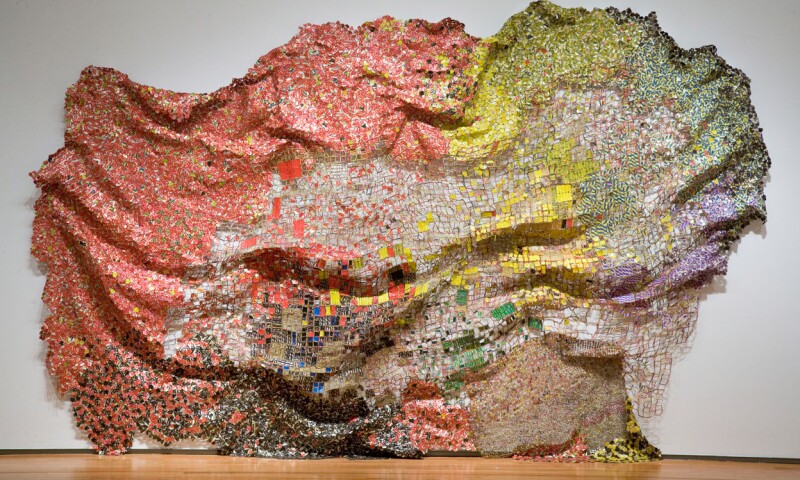 El Anatsui: Triumphant Scale is a major survey of the work of the acclaimed artist El Anatsui (*1944, Anyako, Ghana), perhaps Africa’s most prominent living artist. This survey — the largest ever mounted on Anatsui’s work —will occupy the museum’s entire East Wing and encompass every media in the artist’s prodigious fifty-year career. As the exhibition title suggests, the survey will focus on the triumphant and monumental quality of Anatsui’s sculptures, with the signature bottle-cap series developed over the last two decades situated at the core of the presentation. Along with these ambitious works, with their imposing physical presence and dazzling colors, the exhibition will also include wood sculptures and wall reliefs spanning the mid-1970s to the late 1990s; ceramic sculptures of the late 1970s; as well as drawings, prints, and books. In addition, Anatsui will create several new sculptures responding to the sweeping scale of the museum’s galleries, including a grand outdoor work on the building’s monumental façade.