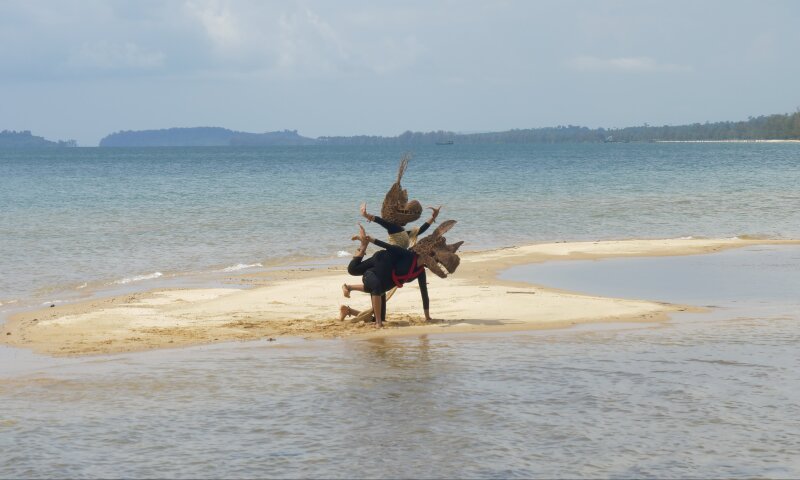 For the tenth iteration of its Capsule exhibition series, Haus der Kunst is proud to present “Popil” (2018), a specially-commissioned work from the Phnom Penh-based artist Khvay Samnang (b. 1982, Svay Rieng). Khvay’s work critically interrogates the multidimensional character of rituals and politics; exposing the humanitarian and ecological impacts of globalization and its concomitant links to the waves of colonialism and migration which continually demarcate and define the spaces and temporalities of Southeast Asia. Informed by extended periods of research and investigation, each of Khvay’s multi-channel filmic works and installations examine the structures and conditions which underpin histories of exchange in both a materiel and cultural sense. In this sense, “Popil” develops a complex dance choreography based around symbolism of the dragon; which both plays towards Euroamerica’s tendency to employ the motif as a blanket symbol for much of East/Southeast Asia, as well as allowing for an examination of manner in which such iconography speaks towards a specifically Chinese or Cambodian mode of identity formation.

(Photo courtesy of the artist.)