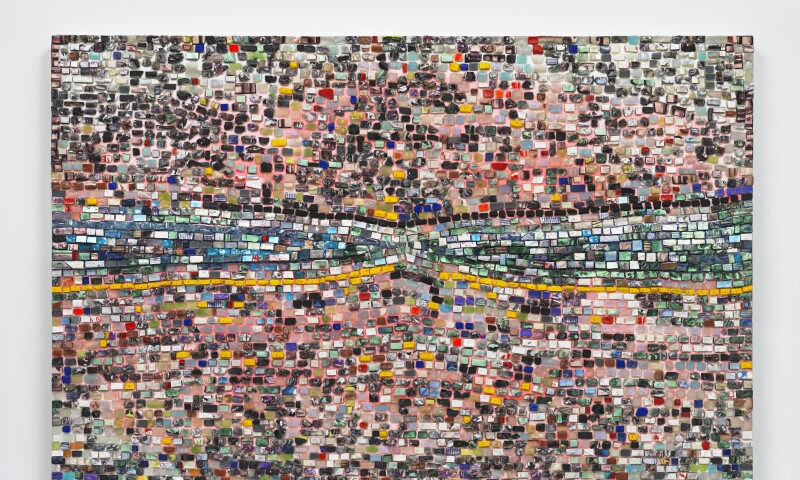 Jack's Jacks is an extensive exhibition of works by the American painter Jack Whitten (1939–2018), the first solo show by the artist in a European institution. It was conceived in close cooperation with the artist and shows how Whitten, over a period of more than five decades, continually extended the boundaries of abstract painting. Beginning with early gestural paintings that were strongly influenced by Abstract Expressionism, the exhibition traces Whitten’s development as a painter through to his later experiments with structure and materiality that resulted in a unique tesserae style. The exhibition pays particular attention to paintings dedicated to historical events and prominent people.

The presentation brings together thirty major works from European and American collections, which Whitten considered "gifts" for those acknowledged in the titles. His fellow painters and artists are afforded a special place with works on display dedicated to his mentors Romare Bearden and Norman Lewis, his early role model Arshile Gorky, and prominent colleagues such as Andy Warhol, Louise Bourgeois, Robert Rauschenberg and Ellsworth Kelly. Also appearing on the canvases are figures who helped give shape to the painter’s socio-political environment, for example "King’s Wish" (Martin Luther’s Dream) (1968), a psychedelic elegy to Martin Luther King, or the digital yet sensuous forms of "Apps for Obama" (2011), which Whitten composed in honor of the 44th US President, Barack Obama.