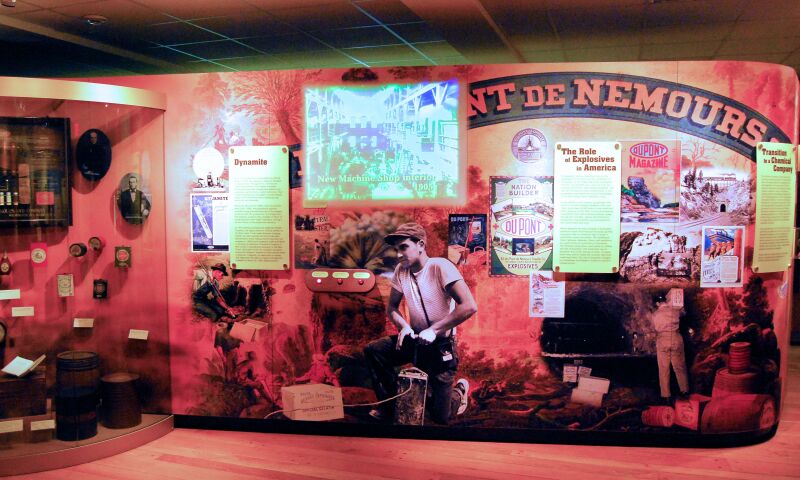 The Hagley Museum and Library (Hagley), located on the banks of the Brandywine in Wilmington, Delaware, are the former site of a gunpowder works founded by E.I. du Pont in 1802. The grounds include restored mills, a workers’ community, and the ancestral home and gardens of the du Pont family. The Georgian-style home where five generations of du Pont family members is furnished in the style of the last family member who lived there and displays collections of American folk art and family heirlooms. The residence complex also includes the “First Office” of the du Pont company, Lamont du Pont’s workshop, a barn, and the E.I. du Pont Garden, which was restored during the 1970s to reflect the period of cultivation during the era of E.I. du Pont. Exhibitions and demonstrations at the Hagley explore the history of industry and innovation in early America as well as life at the mills for everyone from the du Pont family to the thousands of primarily immigrant workers who staffed the mills. The Library has a major collection of manuscripts, photographs, pamphlets, and books related to American business and technology history. The Hagley also houses an extensive patent models collection that includes the Rothschild Patent Model Collection of over 4,000 models, a selection of which is on display in Hagley’s Library.