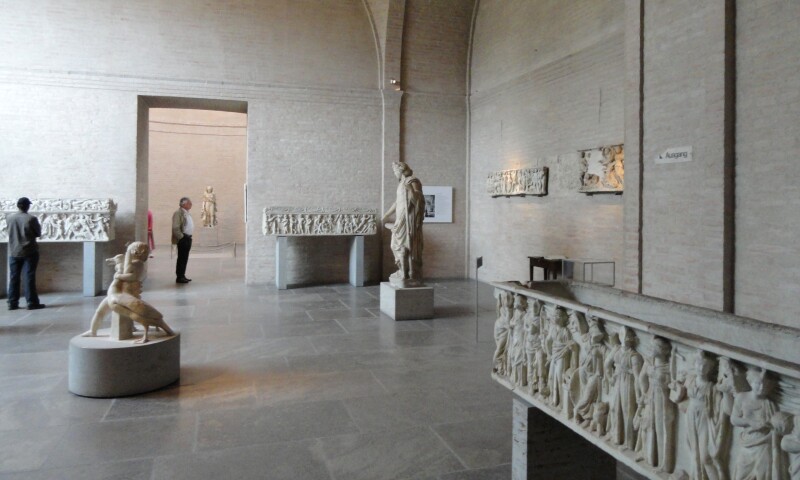 The Glyptothek is the oldest museum in Munich and houses a collection of Greek and Roman sculptures. It was commissioned by the Bavarian King Ludwig I to display his personal collection of antiquities. Its permanent collection spans from the Archaic period through the Roman period. Highlights of its collection include the Medusa Rondanini, the Barberini Faun and figures from the Aphaea temple on Aegina.

The Neoclassical building was designed by Leo von Klenze and was built between 1816-30. It was constructed at the same time as numerous projects in the area to complete the king’s vision of Munich as a “German Athens.” Colorful frescoes by prominent artists originally decorated the walls and ceilings, however while during World War II the artworks in the museum remained intact, many of the wall decorations were lost.