Mantegna and Goethe: The Triumphs of Caesar as seen from Weimar 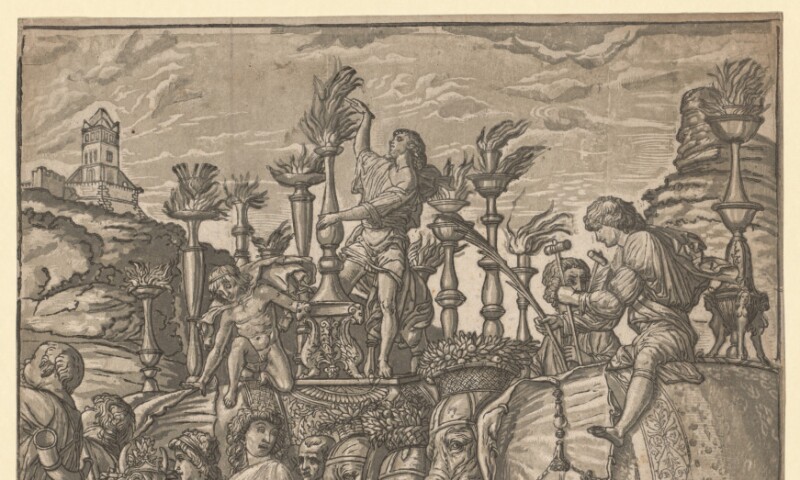 Johann Wolfgang von Goethe regarded Andrea Mantegna as one of the most outstanding artists of the Italian Renaissance. In Goethe’s opinion, Mantegna’s significance and unique approach were particularly apparent in the monumental series of paintings The Triumphs of Caesar.

Three of the nine pictures of the cycle, which has formed part of the British Royal Collection since 1631, are being shown at the Gemäldegalerie as part of the exhibition Mantegna and Bellini: Masters of the Renaissance. However Goethe was not acquainted with Mantegna’s originals. His extensive consideration and evaluation of the paintings was primarily based on chiaroscuro woodcut reproductions prepared in Mantua during the last decade of the sixteenth century by Andrea Andreani. Goethe possessed prints of his own derived from these woodcuts.

The Kupferstichkabinett also has particularly fine examples of these delicately coloured prints in its holdings. These are being presented in a small, single-room exhibition, allowing visitors to reconstruct Mantegna’s Triumphs of Caesar by means of both a complete, small-format version of the series, and Goethe’s descriptions of it.