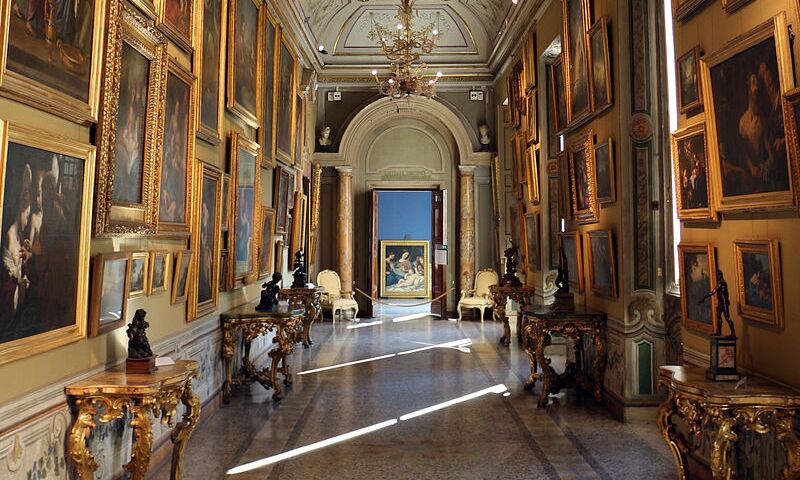 The Galleria Nazionale d’Arte Antica (National Gallery of Ancient Art, also known as the Gallerias Barberini Corsini) is one of Italy’s most important art collections. The Galleria's collections are divided between two Renaissance-era palaces: the Palazzo Barberini and the Palazzo Corsini.

The Palazzo Barberini was built for the Barberini family by Gian Lorenzo Bernini and others between 1625 and 1633. It its best known for its early Renaissance through late Baroque paintings, and displays important works by El Greco, Raphael, Titian, and Caravaggio, among others. The palazzo is a work of art in itself; the ceiling of its first-floor central salon was frescoed by Pietro da Cortona and depicts “The Triumph of Divine Providence.”

The smaller, though equally-stunning Palazzo Corsini was built for the Cardinal Domenico Rirario between 1510 and 1512. It displays works from the 16th through the 18th centuries by European masters such as Rubens, Van Dyck, and Guido Reni as well as regional Italian art.