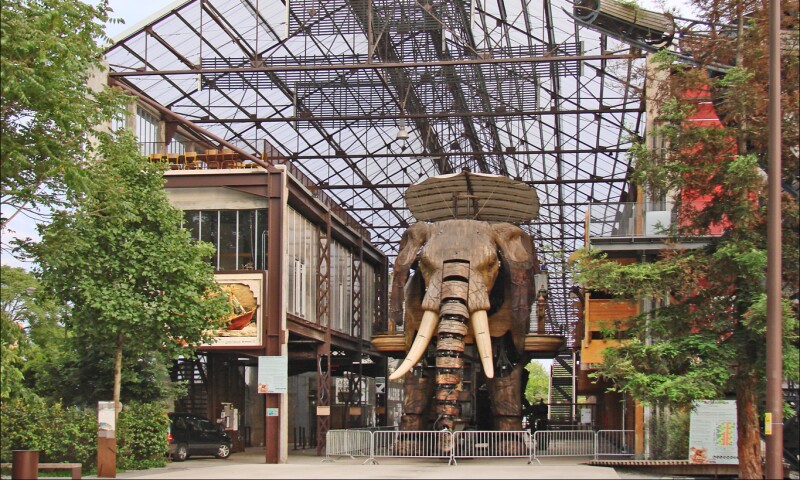 Les Galeries des Machines is located in Nantes, France and is a living space that exhibits machines. It was built in the steampunk style in the former shipyards of the city. During a visit, machinists explain the various large-scale machines and how they work. The machines themselves are different creatures, including a heron, ant, and giant spider. There is also a workshop where you can see the next projects that are being constructed. The space also has a carousel and a giant machine elephant to ride.