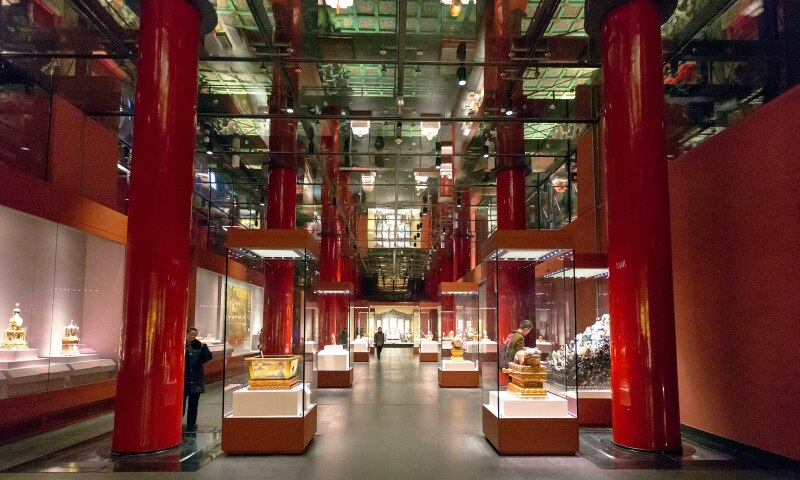 The Forbidden City Palace Museum houses the vast Chinese imperial collections of paintings, calligraphy, ceramics, and antiquities, which in particular date from the Ming (1368-1644) and Qing (1644-1911) Dynasties. Established in 1925, it is considered to have one of the most prestigious collections of Chinese art and artifacts, and today holds approximately 1,807,558 works. Its collection is housed in the Forbidden City, a palace complex in Beijing that was built between 1406 to 1420 and consists of 980 buildings. The Forbidden City housed the Ming and Qing dynasties and was designated a UNESCO world heritage site in 1987. Many of the works in the museum derive from the imperial collections of these Chinese dynasties, and therefore represent the best examples of works created in their respective fields. Of particular note are the ceramics, paintings, bronzes and jade pieces. The museum also has exhibitions pertaining to the daily life at the court of the imperial era.