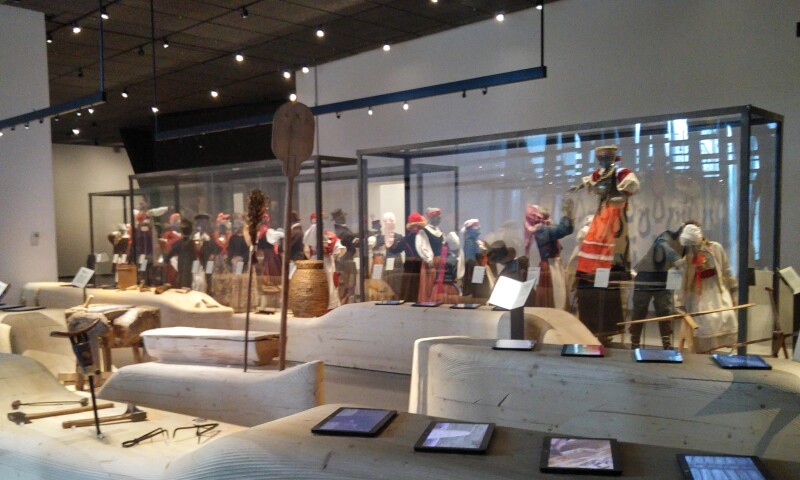 The Estonian National Museum, located in Tartu, is dedicated to Estonian ethnography and folk art. It presents the culture and histories of the Finno-Ugric peoples that inhabit the swath of northern Eurasia that stretches from Scandinavia to the Baltic Sea and Siberia from prehistoric times through the present. Interactive exhibits, film, and cutting-edge display techniques bring Estonia’s past, present, and future to life.

The Museum, which is the largest in Estonia, is located on a former Soviet airfield. Its collection originated during the late nineteenth and early twentieth centuries, when volunteers scoured the countryside gathering texts and artifacts of popular folklore, and was originally housed at Raadi Manor. The grounds of Raadi Manor later served as a base for Soviet bombing raids. The current building was designed by a multinational team of architects and completed in 2016.