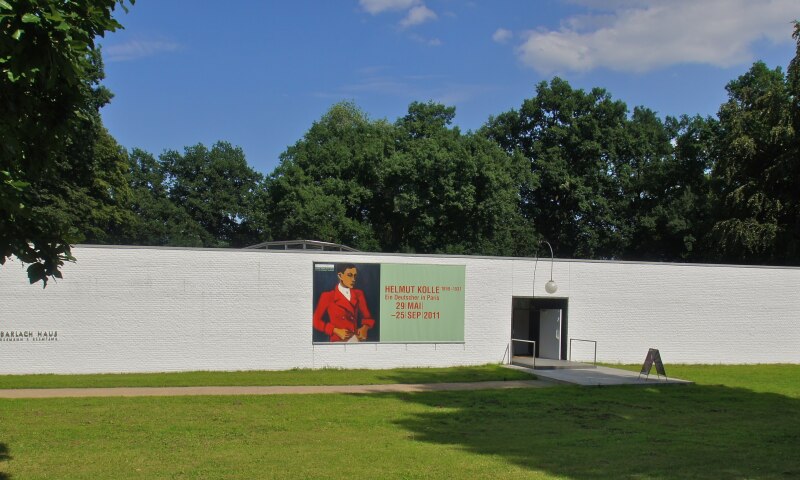 The Ernst Barlach House is an art museum devoted to the Expressionist artist Ernst Barlach located in Hamburg, Germany. It was founded by Hermann F. Reemtsma, a wealthy industrialist who started collecting Barlach’s work in the mid-1930s after meeting the artist. When Barlach was classified as a “degenerate” artist, Reemtsma wanted to defend his work and collection against destruction. By the 1950s the industrialist established a foundation in the artist’s name to make his works accessible to the public and shortly before his death in 1961 ordered the construction of a museum building. The building was designed by Werner Kallmorgen and constructed 1961-62. It houses a collection of around 140 works in wood, bronze, terracotta and porcelain, along with more than 400 drawings by the artists. His printed works, autographs and records are also kept in the museum.