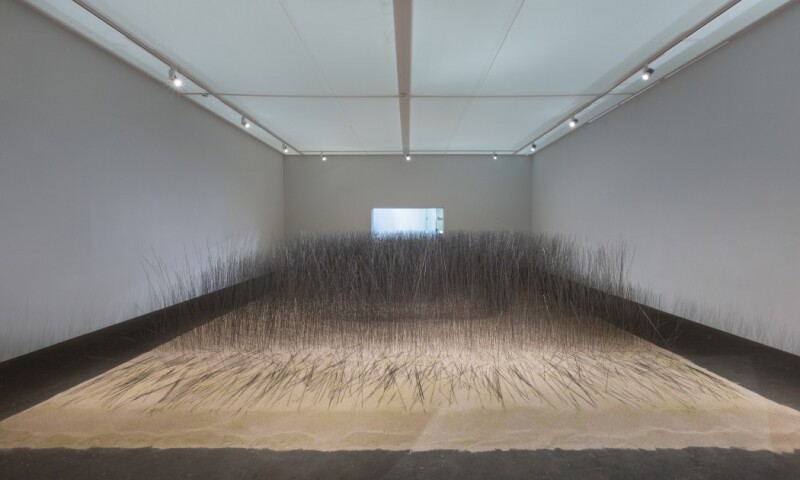 A pioneer of the Mono-ha movement in Japan, Lee Ufan developed a sculptural practice in the 1960s that explored the tension between natural and man-made materials and the dialogue between object and space. In 1972 he changed the titles of the works that he had made up to that point to Relatum, referring to a concept in Heideggerian philosophy, which conveyed the artist’s interest in contingent circumstances. His use of “Relatum” can be compared to the frequent use of “untitled” by American Minimal artists.

The exhibition at Dia:Beacon, resulting from close collaboration with the artist, will showcase Dia’s 2017 acquisition of three sculptural works by Lee – Relatum(formerly System, 1969), Relatum (formerly Language, 1971), and Relatum (1974)—alongside several important loans. Relatum (formerly System, 1969), one of Lee’s earliest Mono-ha sculptures, is composed of six steel plates that are bent at ninety-degree angles and positioned evocatively in relationship to the gallery’s architecture. Relatum (formerly Language, 1971) juxtaposes two diametrically opposite materials, pairing seven thick, soft cushions with large boulders. In Relatum (1974), a long wooden beam is suspended above a steel plate by a thick length of rope in a seemingly precarious arrangement that captures the interconnectedness of various materials; a defining principle of Mono-ha.