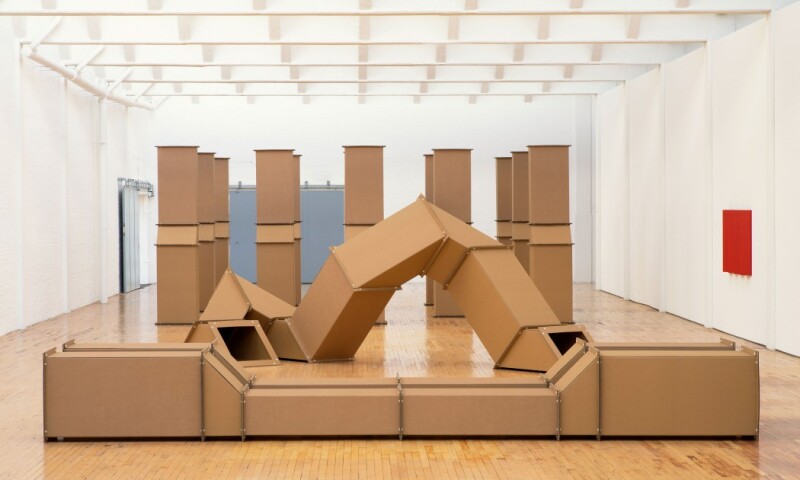 Charlotte Posenenske: Work in Progress, the first North American retrospective dedicated to the German artist, opens this spring at Dia:Beacon in Beacon, New York. The exhibition traces the evolution of Posenenske’s practice from early experiments with mark making, to transitional aluminum wall reliefs, to industrially fabricated modular sculptures, which are produced in unlimited series and assembled or arranged by consumers at will.

Posenenske exhibited widely during the years that she was active as an artist, alongside peers such as Hanne Darboven, Donald Judd, and Sol LeWitt, with whom she shared an interest in seriality. However, her work is distinguished by its radically open-ended nature. Embracing reductive geometry, repetition, and industrial fabrication, she developed a form of mass-produced Minimalism that addressed the pressing socioeconomic concerns of the decade by circumventing the art market and rejecting established formal and cultural hierarchies. Posenenske used permutation and contingency as playful conceptual devices to oppose compositional hierarchy and invite the collaborative engagement of the public in the continual reconfiguration of her variable sculptures.