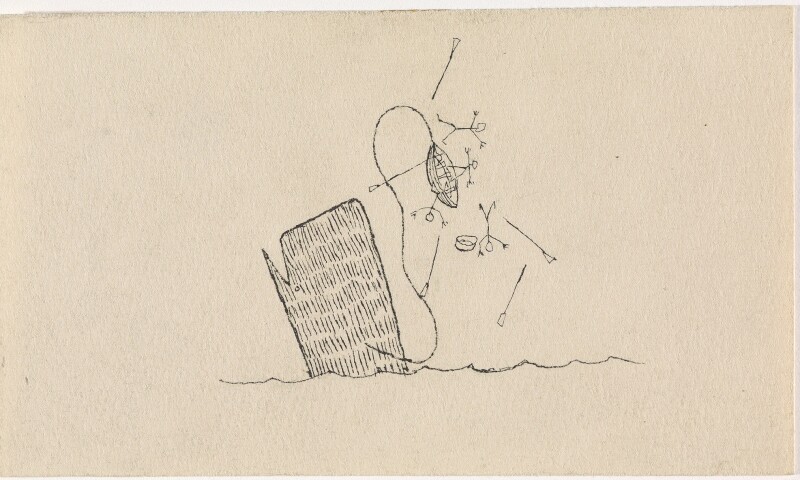 W hile he was a student at the Cooper Union, Alex Katz enrolled in a class on illustration. The artist had first read Herman Melville’s 1851 novel Moby-Dick around the age of 13, and he found himself returning to the text in connection with assignments for this course. Moby Dick; or The Whale famously opens with the narrator, Ishmael, introducing himself to readers, and what follows is a wildly experimental novel built loosely around Captain Ahab’s obsessive pursuit of the whale who had devoured his leg during an earlier voyage. The book appealed to Katz because, as he recently noted, it “doesn’t really have a beginning, a middle, and an end … it’s a big form.” So as an art student he produced a series of twenty-seven pen and ink drawings in which Melville’s epic tale serves as a jumping-off point for imagery that ranges from the interpretive to, fittingly, the digressive or wholly imagined. Katz’s economy of line is on full view here, especially in the scenes that take place at sea. He later revisited some similar motifs during his regular visits to Maine that began in the mid-1950s. Shown publicly for the first time, these astonishing drawings will be reproduced in a small catalogue accompanying the exhibition.