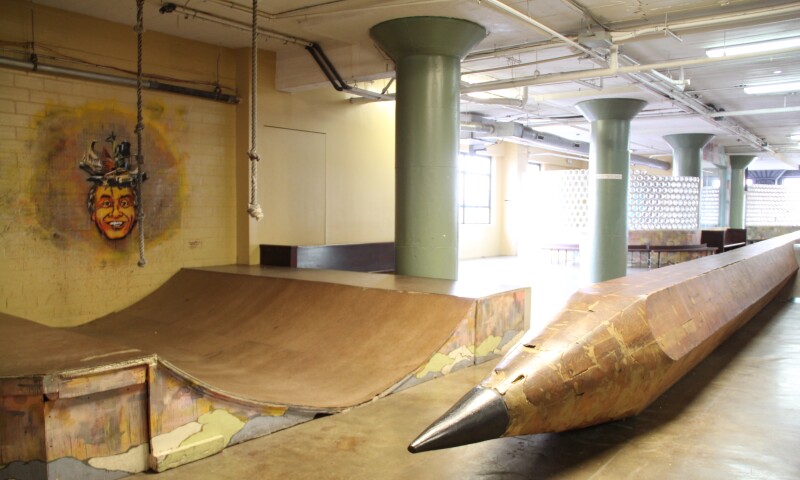 The City Museum in St. Louis is an ever-changing urban playground/art installation/discovery center for all ages that is built from re-purposed architectural items and objects donated by the people of St. Louis. It was founded by sculptor Bob Cassilly and his then-wife, Gail Cassilly, in 1997. Cassilly ran the museum until his death in 2011; it is now run by 20 artists known as the Cassilly Crew. The museum’s building once housed an International Shoe Company factory and warehouse; the shoe shafts once used to carry shoes from various floors to the loading dock have been converted into a ten-story slide; there is also a Shoelace Factory where visitors can order custom-made laces; a 1/8 scale model of an Alco Train that children can ride; and a 76 foot long, 21,500 pound pencil.