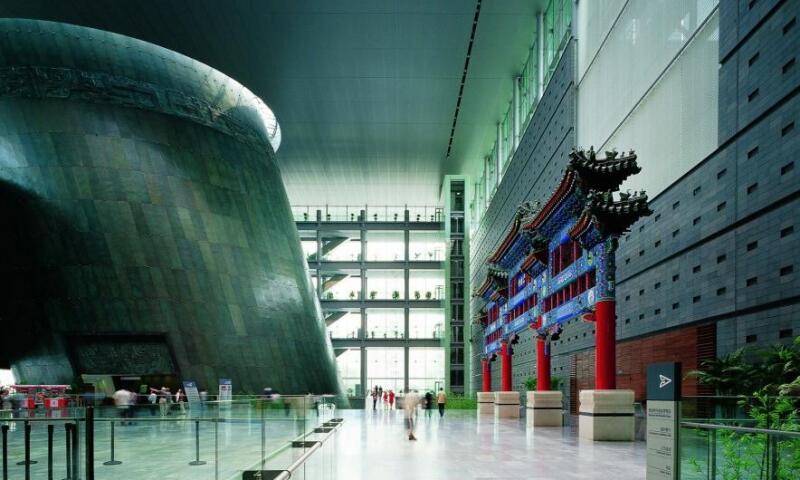 Established in 1981, the Capital Museum is one of Beijing’s leading cultural institutions. The museum houses a collection of over 200,000 objects including ancient porcelain, bronze, calligraphy, painting, and sculpture that illustrate 500,000 years of history of China as well as other Asian cultures. Originally housed in the Confucius Temple, the museum moved into its new building in 2006, which was designed by architects Jean-Marie Duthilleul and Cui Kai. The building’s modern design was influenced by ancient Chinese architectural concepts. In addition to permanent and temporary exhibitions, the museum also has a café and gift shop.