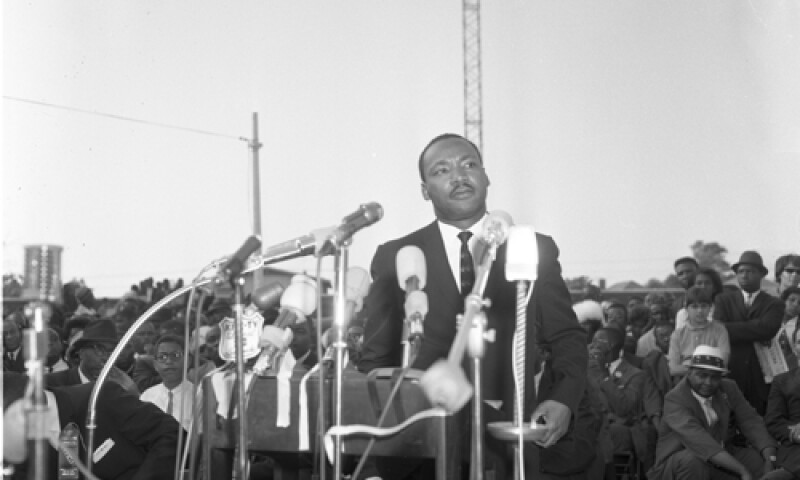 On May 26, 1963, Rev. Dr. Martin Luther King Jr. addressed nearly 40,000 people at Wrigley Field in South Los Angeles. Coined the “Los Angeles Freedom Rally,” it was one of the largest civil rights rallies in the country, predating the famous 1963 March on Washington by three months. The Los Angeles Freedom Rally was part of a full day of support for racial equality and attracted celebrities Dorothy Dandridge, Rita Moreno, Paul Newman, Sammy Davis Jr., Dick Gregory, and other notable supporters of King. Earlier that day, King attended First African Methodist Episcopal church and was the guest of honor for an evening reception where Los Angeles luminaries such as Marlon Brando were in attendance.

Through powerful photographs and other ephemera, Los Angeles Freedom Rally, 1963 examines this significant civil rights gathering. It also explores how and why Wrigley Field, LA’s first baseball stadium to the Los Angeles Angels, was a crucial locale for the event. Existing from 1925 through 1969, Wrigley Field is still remembered as the place where Dr. King stated, “Birmingham or Los Angeles, the cry is always the same. We want to be free.” His efforts to desegregate and to connect Los Angeles to Birmingham helped to raise significant and desperately needed funds to assist the movement in supporting the passage of the Civil Rights Act of 1964.