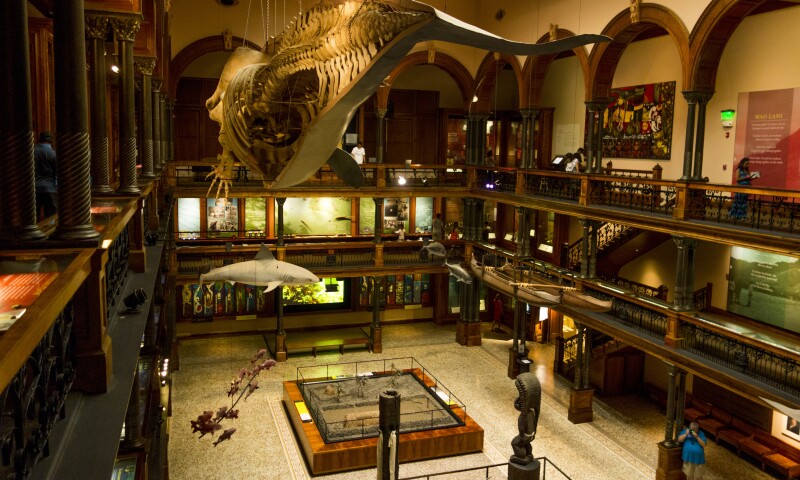 The Bishop Museum, also known as the the Hawai’i State Museum of Natural and Cultural History, is dedicated to the history and science of Polynesia. It is located in historic Honolulu in the Kalihi district on the island of O’ahu. The largest museum in Hawai’i, it was founded in 1889 and has the largest collection in the world for Polynesian cultural artifacts and natural history specimens. There are over 24 million specimens in its permanent collection of which 13.5 million are insects, making it the third largest entomological collection in the United States.

The Romanesque buildings in which the museum is housed were built in 1889 and were originally part of the campus of the Kamehameha Schools, a private institution to provide education to native Hawaiians founded by Charles Reed Bishop. His wife, Bernice, was the last legal heir of the Kamehameha Dynasty. She had a large collection of royal art, historical artifacts and ceremonial dress that served as the basis for the museum’s collection.