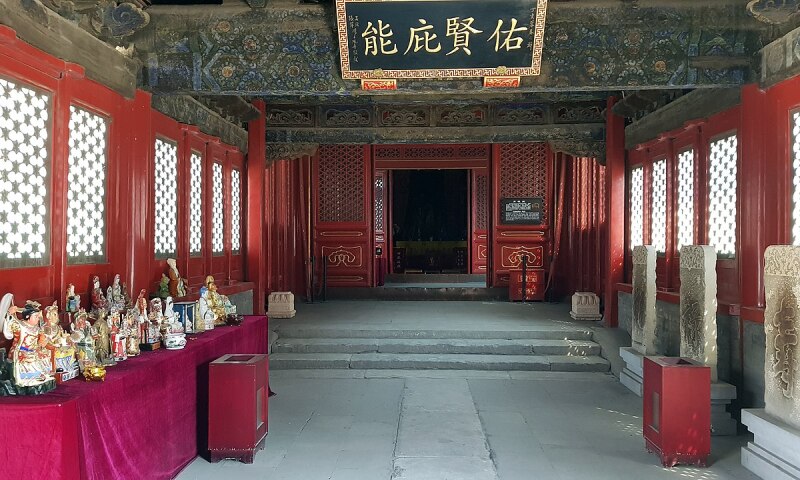 The Beijing Folklore Museum resides in the original Dongyue Taoist Temple, which was built in 1319. The museum opened to the public in 1999, and is the only state-owned museum dedicated to folk culture in China. The museum exhibits artifacts from Chinese folklore history and traditional Chinese mythology, in addition to hosting numerous festivals including the Dragon Boat Festival, Middle Autumn Festival, and Double Ninth Festival. The museum is organized in three main courtyards, each holding collections of statues, steles, stone tablets, and inscribed artifacts. Traditional Chinese costumes, etiquette, and folk culture are also explored through the museum’s exhibitions.