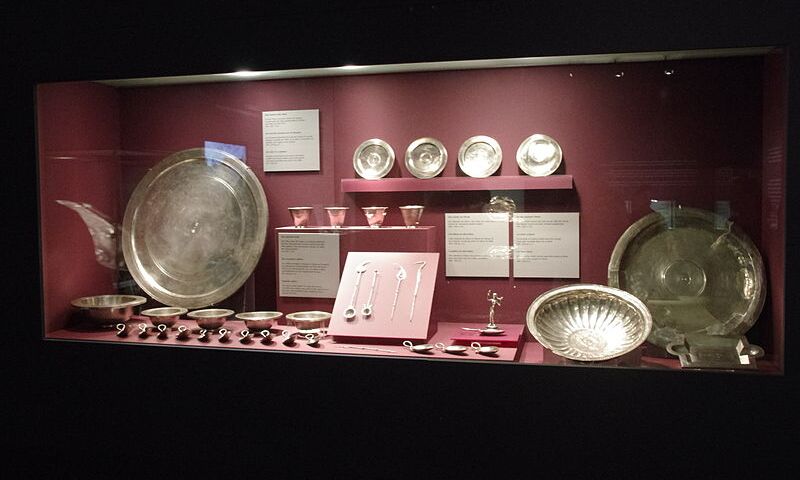 Augusta Raurica is a Roman archaeological site and an open-air museum in Switzerland located on the south bank of the Rhine river, east of the city of Basel near the villages of Augst and Kaiseraugst. It is the site of the oldest known Roman colony on the Rhine. Augusta Raurica, or Colonia Augusta Rauracorum, was founded by Lucius Munatius Plancus around 44 BC in the vicinity of a local Gallic tribe, the Rauraci, relatives of the Helvetii. No archaeological evidence from this period has yet been found, leading to the conclusion that, either the settlement of the colony was disturbed by the civil war following the death of Julius Caesar, or that Plancus' colony was actually in the area of modern Basel, not Augst. Successful colonization of the site had to wait for Augustus' conquest of the central Alps around 15 BC. The oldest find to date at Augusta Raurica has been dated to 6 BC by dendrochronology. Today, the excavation site and the late Roman castle, the Castrum Rauracense, are listed as heritage sites of national significance, as are the early Christian baptisterium and the brick kiln at Liebrüti. The Roman Museum houses the most important finds from the Roman city and presents the history of Augusta Raurica. In the museum, visitors will often find special exhibits, as well as most the significant archaeological find at Augusta Raurica: the silver treasure of Kaiseraugst. This treasure hoard was found in the fortress in 1961-1962, and it is presumed to have once been the property of a commander. The museum also has a reconstruction of a Roman house, with artifacts and reconstructions showing daily domestic and commercial life from the Roman period.