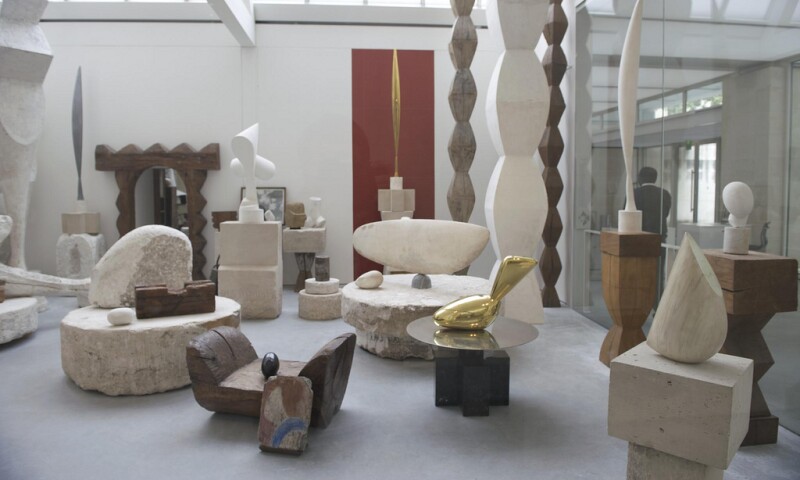 Atelier Brancusi is a reconstruction of the studio of renowned Romanian-born artist Constantin Brancusi. It displays 137 sculptures, 87 bases, 41 drawings, 2 paintings, and more than 1600 glass photographic plates and prints by Brancusi.

Brancusi lived and worked in several different studios in Paris from 1904 until his death in 1957. Brancusi's entire studio was bequeathed to the French state in 1956 on the condition that it recreate the studio as it was at the time of his death. An exact reconstruction, built by architect Renzo Piano, was completed in 1977 and stands opposite the Centre Pompidou. The museum space features a closed garden, through which visitors can view part of the studio through a glass wall. His studio, then and now, was a work of art in itself; Brancusi created “mobile groups”, regularly rearranging the sculptures on display to demonstrate particular spatial relationships and emphasize the pieces' interconnectivity. Spatial arrangements were so important that Brancusi created plaster replicas of the sculptures he sold so that the unity of the group would not be destroyed.