M.F. Husain: Art and the Nation 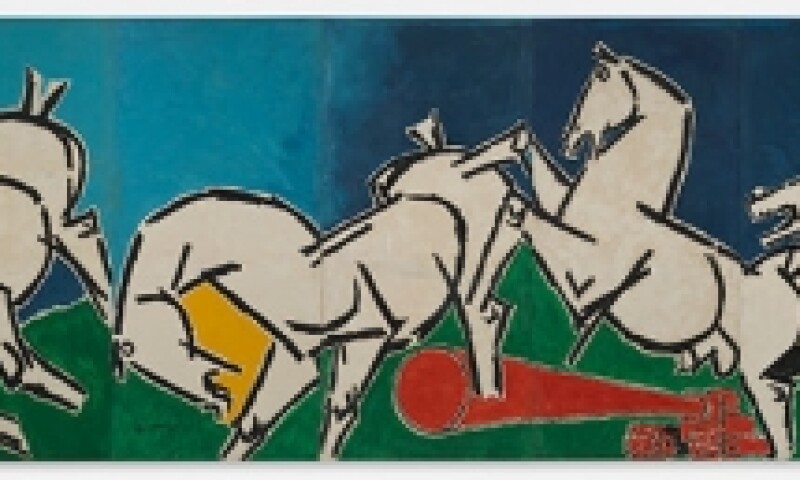 One of the founding members of the Bombay Progressive Artists' Group, M.F. Husain, created the mural-sized painting Lightning for then Prime Minister Indira Gandhi’s Congress Party public rally in 1975 in Bombay (Mumbai), the same year that a state of emergency was imposed across India. The twelve massive panels of Lightning are littered with visual references to India and the 1970s, and though absent visually, to Indira Gandhi. Ironically, by the 1970s, Husain’s alignments with the political leader resulted in the loss of support of some members of the intelligentsia and artistic community. In the following decades, the rise of the Hindu right closed off the artistic strategies that made Lightningpossible for Husain, ultimately leading to his exile from India.