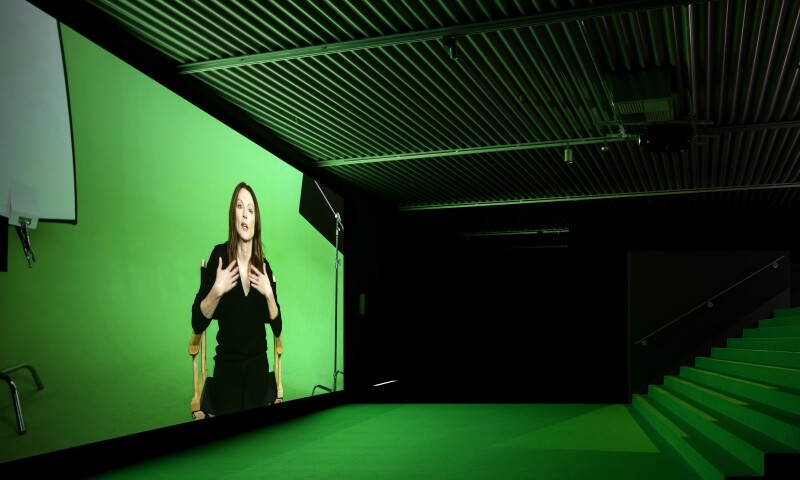 South African Candice Breitz is one of the strongest voices in contemporary art right now. Her highly topical, thought-provoking video installation Love Story was one of the most talked-about works at the Venice Biennale in 2017. With support from the New Carlsberg Foundation it is now to become a new highlight of the ARKEN collection.

What stories do we choose to listen to? Do we allow ourselves to be affected by tearjerking performances by actors while the sufferings of real people leave us cold? In Love Story Candice Breitz raises issues of empathy and solidarity. The work is based on six people’s personal stories of fleeing from their home countries. The large video installation is shown in two rooms: first the audience see the two American actors Julianne Moore and Alec Baldwin in a fast-paced montage set up in cinema format, in which they talk about fleeing from violence, injustice, war and persecution. As the audience we feel with the two well known actors, even though they fall in and out of their roles and the stories are obviously not their own.