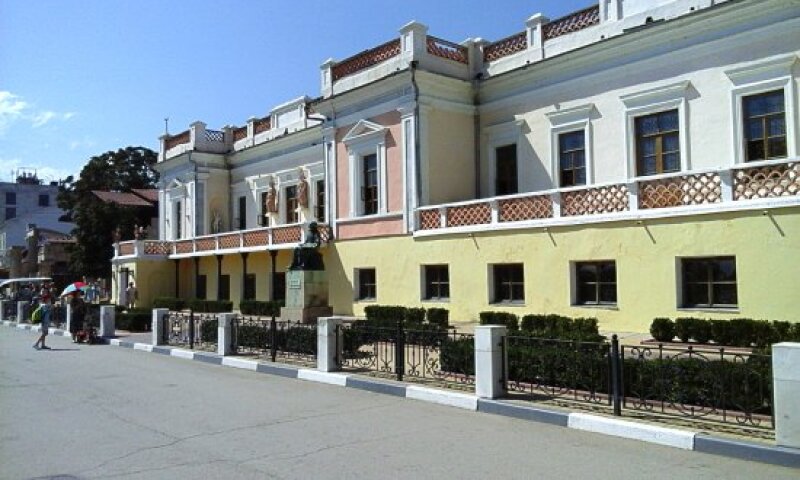 The Aivazovsky National Art Gallery is a national art museum located in Feodosia, Crimea. Opened in 1880, the must is one of the oldest institutions in Russia and the first public gallery in the south of the country. After the death of Ivan Aivzovsky's in 1900, the picture gallery, according to the will, passed into the possession of the city. In 1921 the gallery was nationalized, in 1922 it was included in the network of state museums of the country.

The museums collection consists of twelve thousand nautical theme works, including the largest collection of works by the artist himself, Ivan Aivzovsky. The gallery exposition introduces the works of Aivazovsky, his family history, and the history of the gallery. A separate building (artist's sister house) presents mythological and biblical paintings, foreign marine paintings of the 18th-19th centuries, and the Cimmerian school of painting.