I n 1989, British Computer Scientist Sir Tim Berners-Lee invented the World Wide Web in a moment that changed the world forever. From June 23 - 30, Sotheby’s will auction the first historical artefact relating to this landmark moment ever to be sold, giving people the opportunity to look into the bare bones of the architecture of the web’s creation. ‘This Changed Everything’ is a one-of-one NFT including pivotal, timestamped documentation of the internet’s creation by Sir Tim.

The sale will open from 23 – 30 June, with bidding starting at $1,000. The sale will benefit initiatives that Sir Tim and Lady Berners-Lee support. 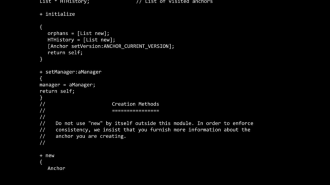 The NFT is composed of four elements: the original time-stamped files containing the source code written by Sir Tim, a moving visualization of the nearly 10,000 lines of code, a letter written by Sir Tim reflecting on the code and the process of creating it, and a digital “poster” of the full code created by Sir Tim from the original files using Python. The lines of code referenced by the NFT include implementations of the three languages and protocols invented by Sir Tim that remain fundamental to the World Wide Web today; HTML (Hypertext Markup Language), HTTP (Hypertext Transfer Protocol), and URIs (Uniform Resource Identifiers), as well as original HTML documents that instructed early web users on how to use the application.

“Three decades ago, I created something which, with the subsequent help of a huge number of collaborators across the world, has been a powerful tool for humanity. For me, the best bit about the web has been the spirit of collaboration. While I do not make predictions about the future, I sincerely hope its use, knowledge and potential will remain open and available to us all to continue to innovate, create and initiate the next technological transformation, that we cannot yet imagine. NFTs, be they artworks or a digital artefact like this, are the latest playful creations in this realm, and the most appropriate means of ownership that exists. They are the ideal way to package the origins behind the web.”

The “WorldWideWeb” application was the first hypermedia browser, allowing users to create and navigate links between files across a network of computers. It was written in the Objective C programming language, using the Interface Builder on a NeXT computer, a highly innovative computer designed by Steve Jobs during the time he was forced out of Apple in 1985 and before he rejoined in 1997. Three decades on from that one server and one website, there are over 1.7 billion websites being accessed by 4.6 billion people around the world, with children learning HTML in school to make their own webpages.

Over the past several centuries humankind has seen a succession of paradigm shifts that have brought us forward into the modern era; Galileo’s proof of Heliocentricity, Gutenberg’s invention of the printing press, and Einstein’s Theory of Relativity to name but a few, but none has had the seismic impact on our daily lives as the creation of the World Wide Web. Sir Tim’s invention created a new world, democratizing the sharing of information, creating new ways of thinking and interacting, and staying connected to one another; it is hard to imagine our world without it, and even harder to imagine where it will bring us next. This unique and singular auction will celebrate Sir Tim’s groundbreaking achievement, in which collectors will finally have the opportunity, thanks to the NFT format, to own the ultimate digitally-born artefact. 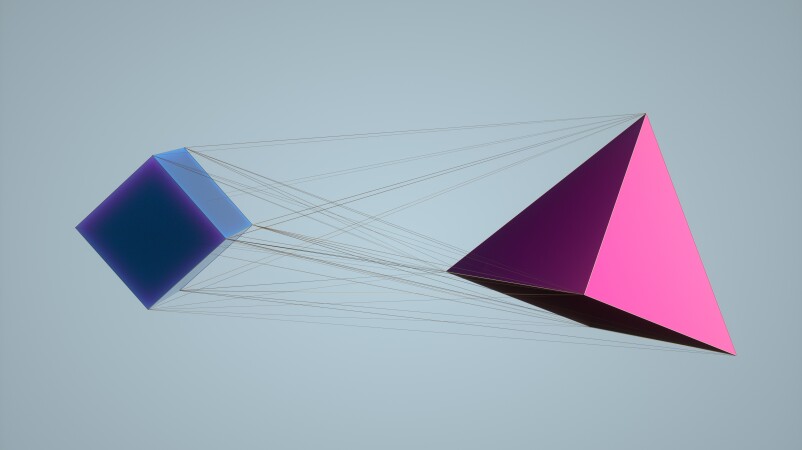 With his invention, Sir Tim envisioned a global information sharing system for the world. He wrote the code for early Web specifications we still use today including: URIs, HTTP and HTML as well as the first web client; and which was released on an open source basis to the world by CERN the particle physics laboratory where he was based.

In the more than 30 years since its invention, the Web has revolutionized not just technology but all of our lives. Often likened in historical significance to Gutenberg’s invention of the printing press, the Web has truly changed our society and the world, in the way we communicate, work, shop, get information, and so much more.

Sir Tim grew up in a household of mathematicians and computer scientists. Both his mother, Mary Lee Berners-Lee, and father, Conway Berners-Lee, were early computer scientists in the era following Alan Turing’s famous work on general purpose computing. They worked on the Ferranti Mark 1, the world's first commercially available general-purpose digital computer. His parents encouraged creativity and exploration, and Tim began building his first computer in his early teens.

Sir Tim graduated from the University of Oxford where he read Physics. After a series of roles developing code, building software, and working on computer networking he relocated to Switzerland and to CERN, the European Particle Physics laboratory where, as a side project, he drafted a memo outlining a global information sharing system and completed his work on the source code for what would become the web. After releasing the first web code in 1991, CERN made the source code open and free for all to use in perpetuity.

Sir Tim founded the World Wide Web Consortium (W3C) in 1994 to create a vendor-neutral forum to ensure the long-term growth of the Web. He moved to Boston where the W3C was being hosted by MIT; with later international host sites established in France, Japan and China with chapters across the globe. Together, W3C members from industry, researchers, and the global web community continue to create open, interoperable, accessible, international technical standards for Web access anywhere, anytime, using any device.

Sir Tim also co-founded the Open Data Institute in 2012 to advocate for the innovative use of open data to affect positive change across the globe. He is a Professor at the Computer Science and Artificial Intelligence Laboratory at the Massachusetts Institute of Technology and at the Department Computer Science at the University of Oxford.

Sir Tim has been the beneficiary of many honors and awards. In 2001 he became a Fellow of the Royal Society. In 2004 he was knighted by H.M. Queen Elizabeth and in 2007 he was awarded the Order of Merit, one of 24 living members. He was named "One of the 100 greatest minds of the century" by Time Magazine. He has been the recipient of many international awards including: the Japan Prize, the Prince of Asturias Foundation Prize, the Millennium Technology Prize and Germany's Die Quadriga award. In 2012, Sir Tim was highlighted in the Opening Ceremony of the London Olympic Games. Sitting at a desk and typing at the same kind of computer on which he created the code for the Web, he sent a message: “This is For Everyone” as the whole stadium was lit up with his words.

In April 2017, Sir Tim was awarded the ACM A.M. Turing Prize for inventing the World Wide Web, the first web browser, and the fundamental protocols and algorithms allowing the Web to scale. The Turing Prize, called the "Nobel Prize of Computing" is considered one of the most prestigious awards in Computer Science.

Currently Sir Tim is CTO of Inrupt where, since 2015, he has been working on a project to bring the web closer to his original vision of a web of shared benefit, for everyone. The original web was open, without centralization and this enabled billions of people to access the web and share information anywhere in the world. In recent decades the web has become centralized and users are bound in “walled gardens” with concerns about privacy and misuse of their data. There is a powerful movement to “re-decentralize” the web and empower users. Sir Tim’s project, now known as Solid, is a technology for organizing data, applications, and identities on the web, and is gaining massive traction as the future of the web. It reconnects individuals with their own data, and allows for interoperability on the Web. In 2018 he co-founded Inrupt to fuel the uptake of Solid and empower people with their data. Inrupt is leveraging the power of Solid within healthcare, finance, telecommunications, government and media to enable richer choices for people, organizations and app developers globally.

Sir Tim is a long-time defender of the Web and rights such as privacy, Net Neutrality and the openness of the Web.

Since its inception, Sir Tim has continued to be directly involved in standardizing and developing technologies for the Web and has stepped up to defend the Web and its users through advocacy with companies and governments for policies which ensure the Web works to the benefit of us, its users.

From the very beginning of the Web, Sir Tim’s invention of URIs (“universal” or “uniform” resource identifiers) were key to making the web a place which allowed users to share information freely and globally. URIs or URLs and hyperlinks form the “links'' we click which can take us anywhere.

The web has grown from one server and one website in 1991, to more than 1.7bn websites in 30 years. There is no other invention in the history of the world that has scaled in this manner. The links created can take us originally from one document to the other and now to a piece of linked data that can contain meaning about a word or object that exists offline. The simple principle of being able to put a piece of data or a document on the web and link to it is one of the reasons why the Web has been able to scale so successfully and be so powerful.